Life has always been at risk and it is getting more risky, often not even knowing the coming risks until one is confronted by it. Take the case of global warming. More than 11,000 Scientists the world over coming together to declare a global climate emergency have raised the alarm decibels. We have been witness to change in climatic conditions that has greatly affected the seasonal cycle leaving large sections of communities badly affected. Greater risk associated is that such changes can always trigger a natural calamity putting the lives of both humans and animals at great risk. Any impending war between nations gives rise to fear and risks of a possible World War III. A catastrophe associated with nuclear fission is always a clear and present risk for humans. Terrorism has also taken varied forms which has created fear and a risk psychosis among the human communities worldwide. The vulnerability of life is such that it can simply be shut down. Global Health concerns is another. Despite the advancements made in the field of medical sciences, the emergence of various forms of viruses continues to pose serious challenge. It is not only a cause of concern but a great risk for the global community. Times are uncertain and the only thing certain is its uncertainty making our lives more vulnerable to the impending dangers.

Thus, looking at the kind of risks today, it has considerably altered and has expanded in terms of its scale and scope notwithstanding the mystifying element of uncertainties associated with it. More so, it has the potential to produce far-reaching effects. On another level, the interconnectedness of the world through the World Wide Web has not helped the cause thereby replicating worldwide events at a local level, which were never heard or had hardly happened before. Dramatically terrifying films straight out of the virtual world has become a reality today going to the extent of enacting a real lynching that made headlines across the world and thereby mapped ourselves in the global radar of violence while tagging ourselves as barbarians even as the world continues to witness violence.

One can most assuredly say that in the modern condition, humans have become the agents and perpetrators of risk - as agents that manufacture risks, fear and uncertainties. Looking at the technological advancements, it has brought about untold comforts yet, such advancements no longer seem to create an impact on human progress, rather it creates fear, and makes its associated risks paramount.

Added to the risks at hand, closer home, Nagas are currently threatened and antagonized by another form of risk - the ‘political risk’ and it’s never ending production of knowledge through the ‘powers that be’ and which becomes the ‘truth.’ Truth ultimately becomes manufactured. While there is rejoicing in the arena, its continuity has made the citizens vulnerable and politically risky, more so a tragedy where politics itself curtails the ‘politically qualified life’ of its citizens. Greater risk is the silence among the people even though the emerging contours ring a bleak future. Thus, a greater risk we face today comes from knowledge production whereby something becomes being labeled as a ‘fact’ which thereby becomes ‘knowledge’ irrespective of its truth or falsity. Such process of knowledge production only creates trust deficit which builds violence.

Today, to a large extent we have manufactured our own vulnerability, uncertainty and thereby risk and in the ongoing production of risk and uncertainty, progress and development becomes sacrificed and human pursuits becomes reduced to goals that are no longer concerned about productive engagements or things that are directed to create positive results. Sadly, human resources are rather engaged in trying to avoid bad things happening rather than one of progress. The focus seems to have shifted from the attainment of the ‘good’ and the ‘right’ to the prevention of the worst things happening.

In times as such, when humans itself becomes the agents of risks making our society a risk society; one should try to reorient the misplaced perspectives at the heart of responsible change. 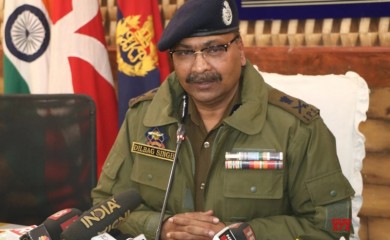