Romania's Halep hopes to play in Palermo next month 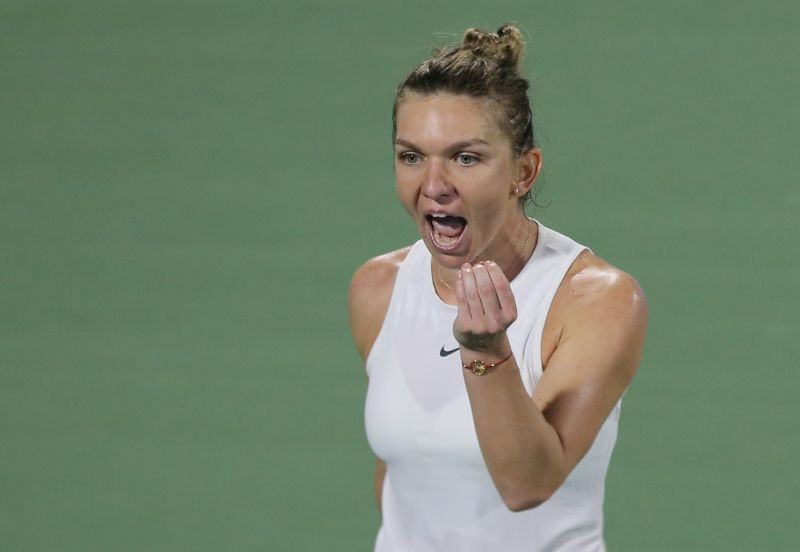 (Reuters): Romanian women's world number two Simona Halep hopes to take part in next month's Palermo Open, the first WTA event to be held after the shutdown caused by the COVID-19 pandemic, she said on Sunday.

"I have not yet made a clear decision but I hope to start with Palermo," last year's Wimbledon champion Halep told reporters in the Romanian city of Cluj-Napoca before her return to the court after a four-and-a-half-month absence.

"It's hard without tournaments, I miss them, I hope we can travel quietly and without fear soon, because it's a little worrying.

"My life has changed, everything is different. But the fact that I didn't travel a lot was also a good thing, because I rested a lot, I wanted this. I hope all the madness is over."

The 28-year-old Halep has not played since her win over Kazakhstan’s Elena Rybakina in the final of the Dubai Duty Free Tennis Championships on Feb. 22.

Halep agreed to participate in an exhibition doubles match in Cluj-Napoca on Sunday, teaming up with her compatriot Horia Tecau.

"I miss playing and I really enjoy participating in this tournament," she said.

The WTA season will return on Aug. 3 with the Palermo event with organisers hopeful of inviting some of the world's best players .

Last month Halep said she does not currently plan to play the U.S. Open.

Halep, however, said she could reconsider if the pandemic situation improved by the entry deadline in mid-July.