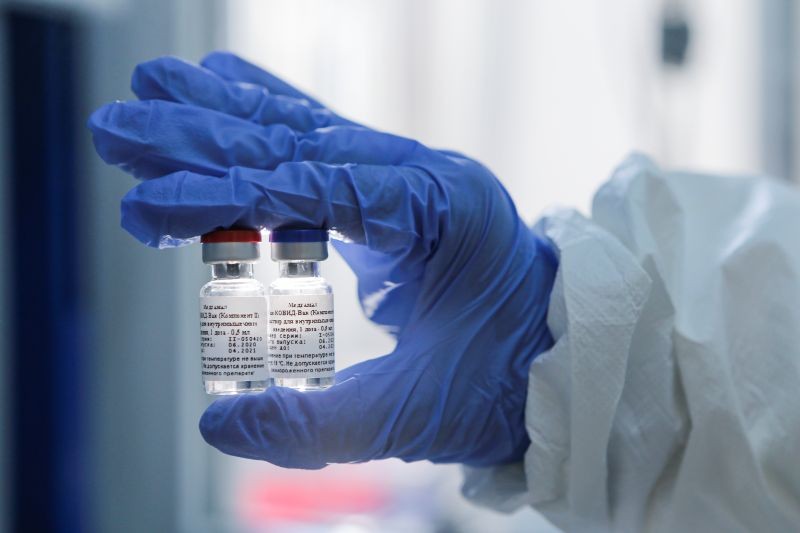 A handout photo provided by the Russian Direct Investment Fund (RDIF) shows samples of a vaccine against the coronavirus disease (COVID-19) developed by the Gamaleya Research Institute of Epidemiology and Microbiology, in Moscow, Russia on August 6, 2020. (REUTERS File Photo)
World
14th August 2020

MOSCOW, August 14 (Reuters): A majority of Russian doctors would not feel comfortable being injected with Russia's new COVID-19 vaccine due to the lack of sufficient data about it and its super-fast approval, a survey of more than 3,000 medical professionals showed on Friday.

Russia has said that the world's first vaccine for the novel coronavirus will be rolled out by the end of this month, with doctors among those set to be administered with it on a voluntary basis.

The vaccine, called "Sputnik V" in homage to the world's first satellite launched by the Soviet Union in 1957, has yet to complete its final trials and some scientists said they fear Moscow may be putting national prestige before safety.

A survey of 3,040 doctors and health specialists, conducted by the "Doctor's Handbook" mobile application and quoted on Friday by the RBC daily, showed 52% were not ready to be vaccinated, while 24.5% said they would agree to be given the vaccine.

Just a fifth of respondents said they would recommend the vaccine to patients, colleagues or friends.

Their misgivings are shared by some Russians who say they are too scared to try the vaccine, while others agree with their government that scepticism expressed by foreign experts is driven by jealousy.

The Russian vaccine's approval comes before trials that would normally involve thousands of participants, commonly known as Phase III. Such trials are usually considered essential precursors for a vaccine to secure regulatory approval.

Russian President Vladimir Putin has said the vaccine, developed by Moscow's Gamaleya Institute, was safe and that it had been administered to one of his daughters.

Health Minister Mikhail Murashko rejected safety concerns aired by some experts over Moscow's rapid approval of the drug as "groundless".