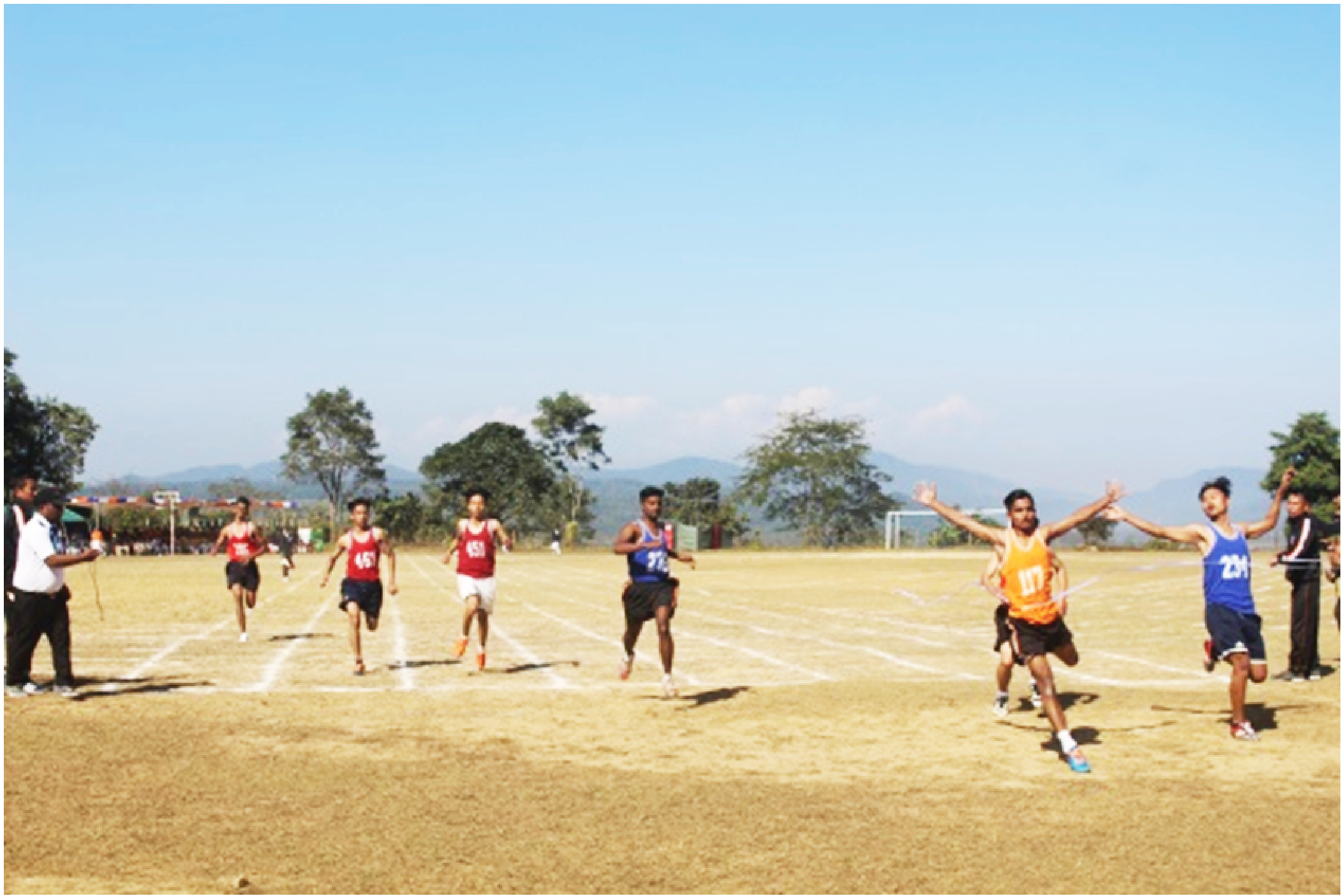 DIMAPUR, DECEMBER 14 (MExN): The closing ceremony of the XII Annual Sports Meet of Sainik School Punglwa was held on December 14.

Col Shakti Singh, Commanding Officer, 36 Assam Rifles graced the occasion as the Chief Guest.  The Chief Guest on his arrival was accorded Guard of Honour by the cadets of Sainik School Punglwa.

The Chief Guest in his speech appreciated the effort the school has put in to bring up the school to the present standard and the exhilarating performance of the cadets in the various events that they had displayed. He reminded the cadets to realize the privilege they had in being part of the Sainik Schools and advised them to take advantage of the holistic education the school is providing.