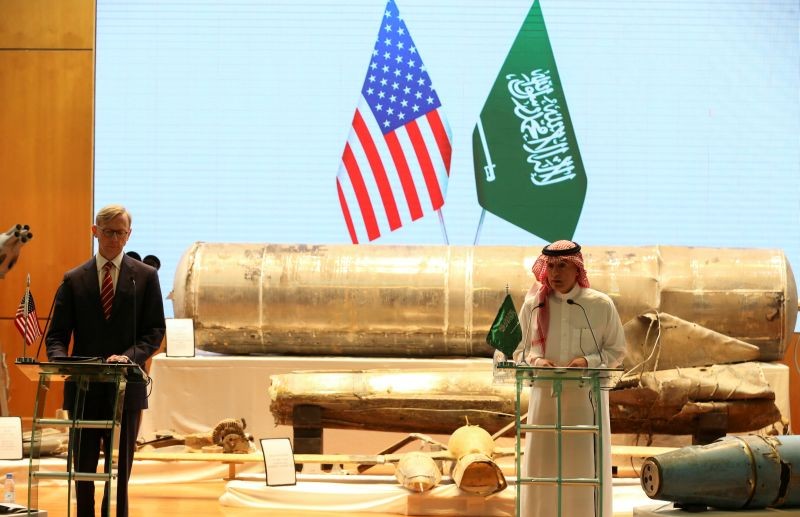 RIYADH, June 29 (Reuters): Saudi and U.S. officials on Monday urged the global community to extend a U.N. arms embargo on Iran, saying that failing to do so would allow Tehran to further arm its proxies and destabilise the Middle East.

The arms curbs on Iran are due to expire in October under the terms of Tehran's 2015 nuclear deal with world powers. The U.N. Security Council will decide on the matter and veto-powers Russia and China have signalled they oppose reimposing the ban.

"Despite the embargo, Iran seeks to provide weapons to terrorist groups, so what will happen if the embargo is lifted? Iran will become more ferocious and aggressive," Saudi minister of state for foreign affairs Adel al-Jubeir told a joint news conference with U.S. Iran envoy Brian Hook in Riyadh.

Saudi Arabia and Iran are locked in several proxy wars in the region, including in Yemen where a Saudi-led coalition has been battling the Iran-aligned Houthi movement for five years.

Jubeir said a shipment of Iranian weapons bound for the Houthis was seized as recently as Sunday. Hook said similar shipments were intercepted in February and last November.

The conference venue displayed weapons, including drones and missiles, that Saudi authorities said were used in cross-border Houthi attacks on Saudi cities.

"We urge the international community to extend the embargo on selling arms to Iran and on Iran's ability to sell arms to the world," Jubeir said.

Iran denies arming groups in the Middle East, including the Houthis, and blames regional tensions on the United States and its Gulf allies.

"This is not an outcome that the U.N. Security Council can accept," he added.

Iran has warned it will respond if the embargo is extended and said such a decision would endanger the 2015 nuclear pact, under which Tehran agreed to halt its disputed uranium enrichment programme in exchange for sanctions relief.

Washington withdrew from the deal in 2018 and reimposed sanctions on Iran, prompting Tehran to stop complying with key restrictions imposed on its nuclear activity by the accord.