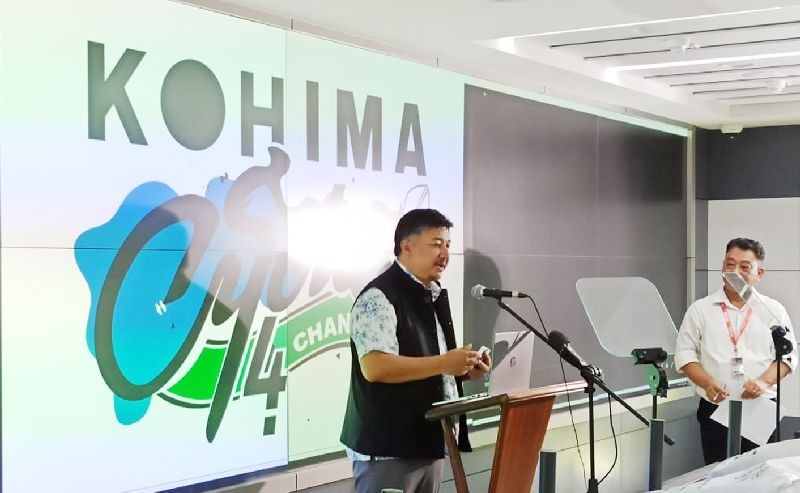 The app is an initiative of the Kohima Smart City Development Limited (KSCDL) in response to the India Cycles4change campaign.

Speaking at the launch, Advisor to the Chief Minister of Nagaland Abu Metha stated that Nagaland needs “to move into a new era that is built on the foundations of transparency and meritocracy.” Envisioning a world city for Kohima which according to Metha "has the realistic opportunity to be a crucial corridor and connection in the dynamics of the global economy in this century", the Advisor expressed that these potentials can translate into reality, once the foundations of the State are built on transparency and meritocracy.

"If we are to envision a stable and future ready socio-economic scenario for Nagaland in the near and distant future, the ball must start rolling from the State capital. We must make constant efforts to make Kohima more attractive, economically stronger, socially secure, and ultimately more livable," Metha appealed.

He also highlighted some of the basic and simple parameters such as access to clean water, housing, quality health care, complete neighborhoods, sustainable mobility, a diverse and resilient economy, vibrant public spaces and overall affordability.

In view of emerging modern times and changed global dynamics, Metha also called for a relook at Kohima city and to lay policy foundations with strategic interventions.

A smart city, according to Metha requires smart citizens- responsible and contributing members who make individual efforts to improve the livability of the city.

"A city becoming smart is not just about physical infrastructure but it’s also equally about responsible, hospitable and accommodative citizens. Each citizen has a role to play in the rise of any city," said Metha.

About the campaign
Updating on the campaign, KSCDL CEO Kovi Meyase stated that 95 out of 100 Smart Cities in India are taking part in the challenge.

"11 cities will be shortlisted and eligible for a cash reward of 1 crore to further promote cycling in the city with the help of international experts," informed Meyase. The challenge aims to inspire Indian cities to implement quick cycling friendly intervention in the wake of COVID-19 with the support of the citizens and expert assistance.

Meyase informed that Kohima also registered for the challenge in July and formed a strategic action plan based on three broad principles of 'aggressive social media campaign, community engagement and implementation of pilot intervention' to promote cycling in the city.

Providing a brief introduction to the app, Senior IT Consultant for KSCDL Yanpvuo Kikon mentioned that the newly launched app is a mobile app which citizens can utilize through their Android and smart phones. Developed in-house, the app can be used for getting information of cycling initiatives in Kohima. Kikon also gave a presentation of the projects undertaken by the KSCDL.