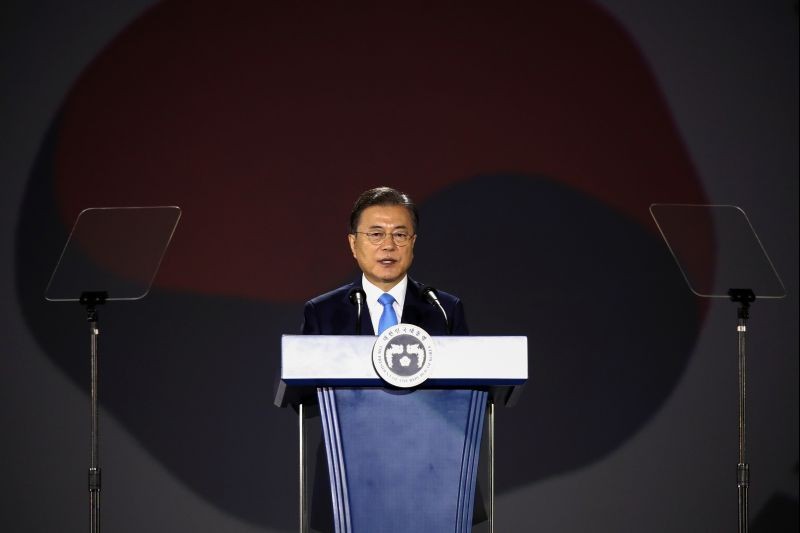 Disputes dating from the neighbouring nation's colonial occupation of Korea from 1910 to 1945 deepened over a 2018 order by South Korea’s Supreme Court for a Japanese steelmaker to pay compensation for forced labour during World War Two.

In a move widely seen as retaliation for the ruling, Japan last year said it would stop preferential treatment for shipments to South Korea of some key high-tech materials whose production it dominates and which are used by firms such as Samsung Electronics Co.

In a letter to Suga, Moon said Japan shared fundamental values and strategic interests with South Korea, and was its closest friend geographically and culturally, said Kang Min-seok, a spokesman of the presidential Blue House.

"Our government plans to cooperate actively with the Suga administration to wisely overcome issues of past history and reinforce practical cooperation," Kang told a briefing.

These included economic concerns and people-to-people exchanges, he added.

Kang said Moon also sent a letter to Suga's predecessor, Shinzo Abe, wishing him a rapid recovery following his resignation because of ill-health.