Sugary drinks can increase the risk of heart disease 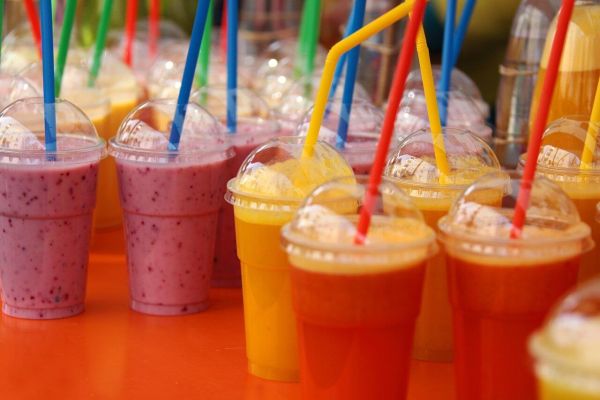 New Delhi, April 27 (IANSlife) If there wasn't already enough reasons to stay away from sugary drinks, here's another reason not to, sugar filled drinks can increase the risk of heart disease.

Cardiovascular diseases are the leading cause of death worldwide and their incidence is increasing especially in young adults owing to poor dietary habits and lack of physical exercise. Among the main risk factors for cardiovascular disease are diet, high blood pressure, as well as elevated levels of blood sugar and cholesterol, notes Dr Udgeath Dhir, Director & Head, CTVS, Fortis Memorial Research Institute, Gurugram.

High sugar beverages such as sodas, energy drinks, and sports drinks are by far the biggest sources of added sugar. Other important sources include cookies, cakes, pastries, fruit drinks, ice cream, and ready-to-eat cereals. It has been found that adults who drink at least one sugary beverage, when compared with those who don't, have a greater risk for developing dyslipidemia which can increase the risk of heart disease, Dr Dhir says. "According to a major study published in JAMA Internal Medicine, a sugar-laden diet may raise the risk of dying of heart disease even if one isn't overweight."

"Consumption of sugar in excess amount leads to an increase in weight gain by tricking the body into turning off its appetite-control system because liquid calories are not as satisfying as calories from solid foods. One of the most important disadvantages of taking high sugar diet is that sugar delivers "empty calories" i.e. the calories which are unaccompanied by fibre, vitamins, minerals, and other nutrients. Diet high in sugar content may also stimulate the liver to push more harmful fats into the bloodstream. It has been known since long that people who consume high sugar diets have abnormal blood sugar levels and have abnormal carbohydrate metabolism, with an elevated insulin level," he states.

He adds: "Insulin has been found to increase lipogenesis and stimulate smooth muscle cell proliferation. Hyperinsulinaemia is also an independent risk factor for CHD and insulin resistance predicts future cardiovascular risk. Increased levels of insulin and insulin resistance which is found in multiple disease including hypertension, coronary artery disease, obesity, peripheral vascular disease and those with hypertriglyceridaemia. Insulin resistance can create an imbalance in the metabolism of glucose which produces chronic hyperglycemia, and in turn triggers oxidative stress and causes an inflammatory response that leads to cell damage. This along with endothelial dysfunction, which can also be induced by aberrant insulin signalling, contribute to atherosclerotic plaque formation."

"New research finds that sugar-laden drinks can not only increase cholesterol levels, but also reduce the amount of HDL (good) cholesterol in our bodies."

It is obvious from the above discussion that sugary drinks at best should be avoided. It requires concerted efforts at various levels including individuals at risk, nutritionists, healthcare providers and education at schools and colleges.