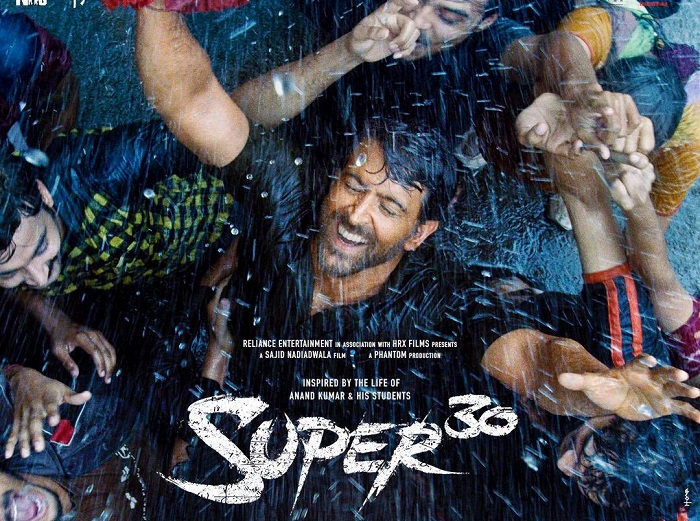 Just when the film industry had forgotten what tax exemption or, the popular term, 'tax free, meant, the phrase is back in the use. The Hrithik Roshan-starrer, "Super 30", has been granted tax-free status in the states of Delhi, Gujarat. Rajasthan, Uttar Pradesh and Bihar. The granting of a tax free tag to a film used to be a regular feature with some state governments since the cinema and the entertainment tax collection were state subjects.


The states charged entertainment tax at whim and fancy. Initially, it used to be 100 per cent or more, which is to say, if you bought a Rs 20 ticket, then Rs 10 went to the state treasure. The state did not contribute in anyway to either the film trade or the cinema hall business. What is more, every week, the cinema had to deposit the sum of entertainment tax equivalent to first three days' house full collection with the revenue department. Later, if the film did not collect full houses or failed, it was the exhibitor's headache.

With the introduction of Goods and Services Tax (GST) on July 1, 2017, almost all the taxes have been standardised on national level. The entertainment tax was initially fixed at 28 per cent of the admission rate, but later after representations from the filmmakers, it was brought down to 18 per cent. The film folk were happy with this development since it brought ticket rates down from what they were earlier.

Now, when a state exempts a film from entertainment tax, it is only 9 per cent - half of the 18 per cent GST charged - since this is shared equally by state and the central government (State GST and Centre GST). The exemption from paying entertainment tax was usually meant for socially and nationally relevant films. Early films I remember seeing that were exempted from paying entertainment tax were Satyen Bose's "Masoom" (1960), a children's film with a message, and Chetan Anand's "Haqeeqat" (1964), a film on the India-China war. There have been many since then.

There were films backed by Film Finance Corporation (FFC; established in 1960), later renamed National Film Development Corporation of India (NFDC; established in 1980). As FFC, the films financed were known as art films. Films like "27 Down", "Char Adhyay", "Aashadh Ka Ek Din", "Ek Din Achanak", "Gaman" and so on, of which only the last named made an impact. There were many more in Hindi as well as other regional languages, but they failed to even find playtime, forget an audience. A cinema hall dedicated to these kind of films, Akashwani, was built in South Mumbai. It had to close down eventually.

These FFC films were granted tax free status. After all, it was the government money and they needed to make FFC look self-sustaining if not profitable. This did not make much sense since tax exemption also meant giving up on the government dues. Nothing helped since all these initial films were found to be boring and made for tedious viewing.

However, things seemed to change. The Corporation started coming with some likeable and commercially viable films - the kind of films even regular mainstream film distributors were willing to bet on. They could do without the tax exemption. Films like "Salaam Bombay", "Jaane Bhi Do Yaaro", "Masoom", "Ardha Satya", "Gandhi", and "Aakrosh" were grabbed by regular distribution houses and most of them did well.

Mumbai was the hub of film industry but other states wanted a piece of the pie too. While some state governments started offering subsidies to the films shot in their state, others offered both, subsidy as well as entertainment tax holidays. While the main idea was to attract the filmmakers to their respective states, the other purpose was also to promote the local language film industry.

The state of Gujarat, for instance, offered a total tax exemption to films shot in the state for a period of six months. It helped in a way. The Gujarati films were churned out by the dozens, in a way because nobody cared what kind of films they made. Even the biggest of Hindi filmmakers in Mumbai jumped on to the Gujarati tax free bandwagon. Some like Ramanand Sagar's Sagar Arts, Ibrahim Nadiwadwala, and Ram Kumar Bohra, while producing Gujarati films, also acquired plots to build shooting studios in the state.

Smalltime makers from Gujarat or the big names in Mumbai started making films based on the folk stories of Saurashtra and Kutch. It did not matter if you were a big production house from Mumbai. The idea was to take advantage of tax exemption and subsidy. The films were crude with no finesse and had shoddy production value. The same set of middle-aged actors did most of the films. Yes, the one saving grace was music -- again folk in most cases. The films catered only and only to the lower strata of the population.

By now, however, tax exemption was turned into a kind of give-and-take. Mainly, this exemption facility was turned by many into a way of laundering black money. Even a flop film was made to carry on with screenings, show ticket sales with arrangements with the cinema management, and show returns as legit! Since there was no entertainment tax factor involved, it was easy to show ticket sales in cash and the same money came back duly laundered!

Similar was the case with the Marathi film industry. The incentives offered by the state government led to just about every producer making the same kind of mundane comedies with the same set of artistes. These films were nowhere close to the urban, content-oriented films that are being made now. Decent and technically-sound films are being made only now, which are also adapted for remake in Hindi and other languages.

Soon, the tax exemption policy turned into the granting of favours, instead of its real purpose of promoting good cinema that would help more and more people to watch such films. Merit and content did not matter anymore. All a filmmaker needed was to be close to a politician (which the most successful producers happened to be) or grease palms. On this count, the state of Uttar Pradesh beat all others. In this state, during the previous regime, just about one in three films was granted tax exemption. It was a sort of quid pro quo, as the film folk returned the favour by gracing the political party events and election rallies.

@The Box Office
* Both of last week's Hindi releases, "Jhootha Kahin Ka" and "Family Of Thakurganj", failed miserably and had to be discontinued mid-week due to lack of audience.

* Hrithik Roshan's draw at the box office is intact. "Super 30" continues to do well. The film has been exempted from paying SGST in Delhi, Gujarat, Rajasthan, Bihar and Uttar Pradesh, which, at 9 per cent discount is not a major concession, but it helps endorse the film as relevant. The film has added 35 crore in its second week to take its two-week tally to Rs 111 crore.

* "Kabir Singh", which has propelled Shahid Kapoor's dormant career into reckoning again, is still strong in its fifth week. Shahid has been around for over 15 years but gets his first major blockbuster only now. The film's five week tally stands at Rs 268 crore.