At a time when nobody believed that Naga Folk/folk fusion would be commercially viable and attract a paying audience, Tetseo Sisters emerged not only to fill the void but also became the cultural ambassadors of North East India. This, as they put across is the greatest challenge they faced in the initial stage of their career as “some people were afraid we would dilute the art and some couldn't believe that we had the insight into and knowledge about the songs they sang as children but were then forgotten.”

“It is still hard to convince some people that our culture is beautiful and unique and totally worth promoting and that there is an audience out there, and if there isn't, we can create one by respecting and honouring our art and folklore. If not for the joy and beauty of it, then because that's what makes us who we are and tell the stories of where we come from,” the Tetseo Sisters convey.

It was in the late 1980s and early 1990s that Mercy and Azi started performing folksongs, which eventually led to the formation of Tetseo Sisters with the inclusion of their younger sisters- Kuvelü and Alüne as well as their brother, Mhaseve. All thanks to their parents for the regular Sunday living room concerts and gatherings, giving them space to sing, read poems, recite bible verses, tell stories or exhibit their sketches and deliver speeches that they grew up surrounded by music, folksongs and folktales, enabling them to perform on bigger stage, one at a time- in the school, and eventually to AIR, Doordarshan and for many years now, being invited to events for special presentations and full concerts. 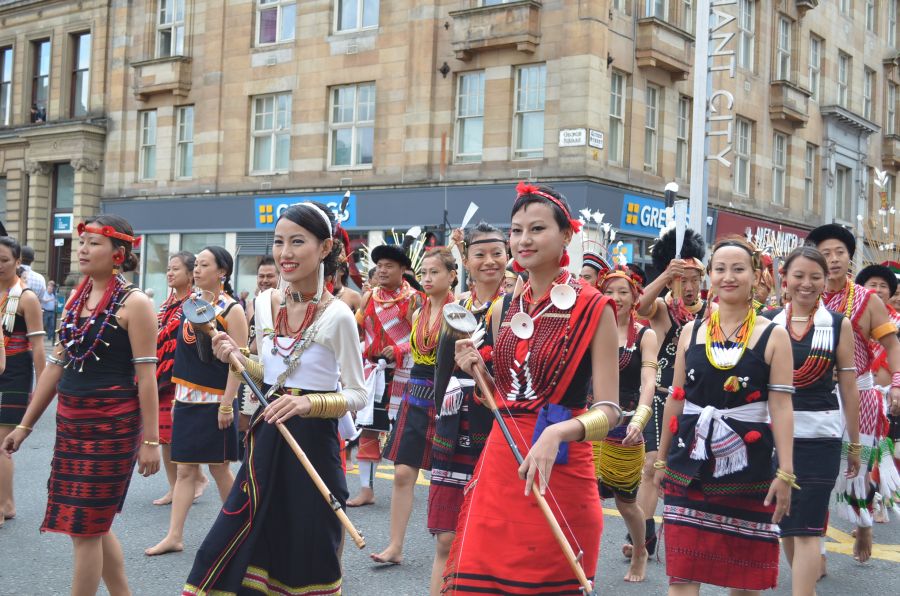 By 2004, they have travelled to at least a dozen states and by 2007, performed in Thailand and a few more Indian cities while between 2008 and 2019, they have covered maximum cities and quite a few overseas destinations as well.

In all of these, they consider the ability to touch people and create connections with music as the most rewarding part of being musicians even as they go on to say, “For us specifically, we love the opportunity to travel and discover new places and forge new friendships and see more of the world. These experiences inspire. Most importantly, our music and travel allow us to take our music to the world and help us to change the narrative often associated with our people and the NE region and even India.”

However, there are also times when they encounter negative vibes especially with the anonymity that social media affords to give some mischief mongers a chance to troll and harass public personalities, which they point out, ‘is such a shame’. “We strongly object to any form of bullying, shaming, character assassination, slander and harassment and have been vocal in discouraging such behavior by even reporting and taking action legally,” they relate.

The rest, they just ignore simply for the fact that they like to focus on positivity and have no time or energy to waste on trivial things. “Like they say, we have been building with the bricks thrown at us. That doesn't mean we are immune to meanness. Our feelings do get hurt sometimes but we take it in our stride and get over it. Because we are doing what we do for love of it and nothing can detract from that. While Music is a huge part of our life, there is more to our life and we are living it up in our simple eco-friendly ways pursuing our dreams and doing things that make us happy,” they share.

Tetseo Sisters consider every gig as special as the next one, but some of the memorable ones include playing on the Bacardi NH7 stages in Pune, Kolkata and Delhi; Celtic Connection Folk Nations showcase in Mumbai, National Centre for Performing Arts show in Mumbai; playing in Edinburgh as Team Nagaland Folkloric at the Royal Edinburgh Military Tattoo and more recently telling their story on Viu's new series Teachers Genuine Stories with Rahul Bose, which will be aired very soon.

Needless to say, their music celebrates life and highlights the Naga ways. “We take great pride in telling the world about our people, our culture and everything Naga. We would like to continue encouraging our people to embrace the positive aspects of our tribal ways - the essence of being a Naga, nurture nature and respect each other and protect our future by preserving all that we can. And for our other audiences to discover our world,” they articulate.

Their parents have clearly been instrumental in the way they have taken their music this far even as they acknowledge that it is their parents who instilled the love of culture and cultivated the pride they have in it; encouraged and nurtured them all along. “With Mom, usually helping us find and learn new songs and Dad making and maintaining our instruments and helping arrange meetings/travel, doing the groundwork and being there for us always. We also have uncles and aunties to thank for our custom crafted Tati, and weaves and sourcing our traditional ornaments”, the Tetseo Sisters express.

Having carved a niche for themselves, they have deservingly earned many wonderful honours including Trail Blazer Award at Music Awards of Nagaland 2013, Dimapur, Nagaland, Eastern Panorama Excellence in Music in the NE Award 2014, Shillong, Meghalaya, MTS Bacardi NH7 Discover Band Title 2014, Kolkata/Pune/Delhi, Indihut Folk Fusion Act of the Year 2017, Nagaland, and were further recipients of the prestigious Nagaland Governor's Award for Excellence in Music 2018, Kohima, Nagaland.