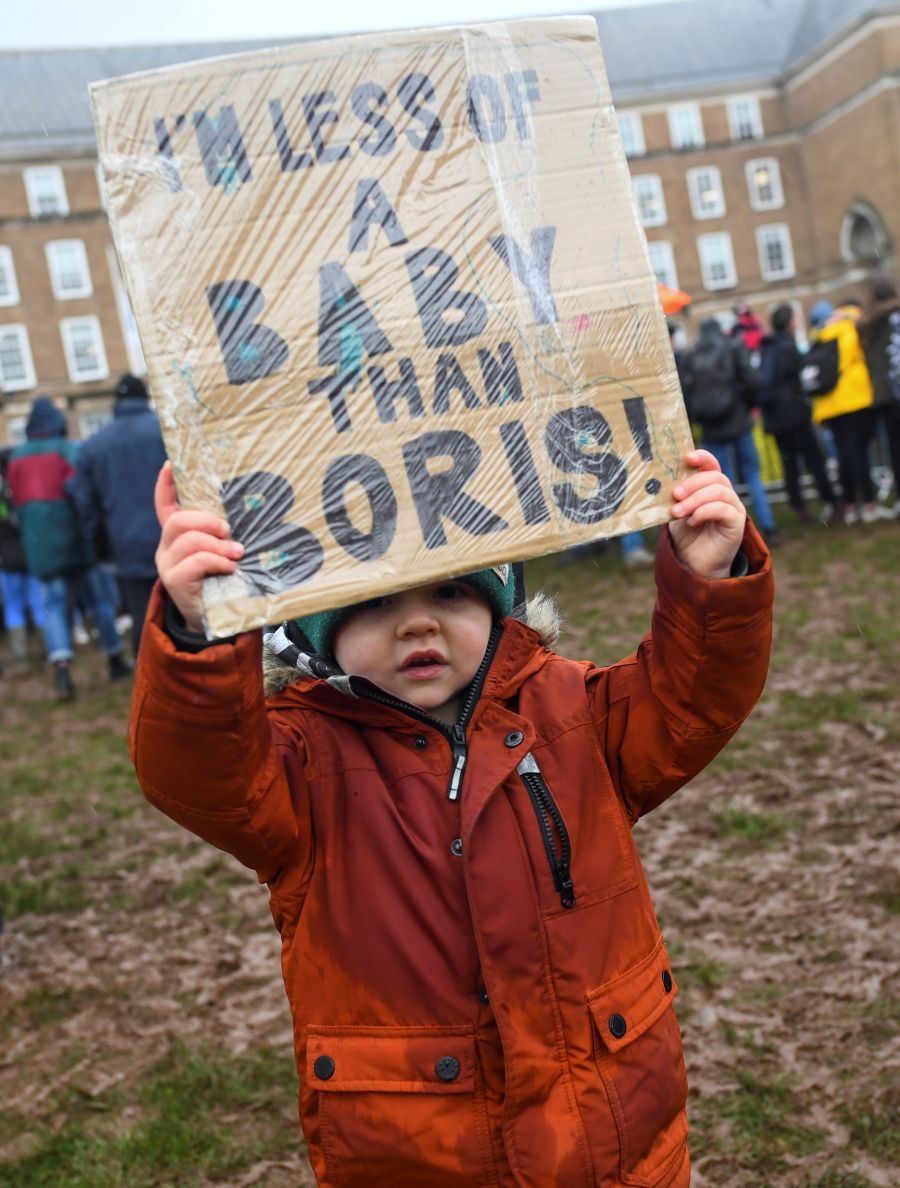 A boy holds a placard during a youth climate protest in Bristol, Britain, Britain on February 28. (REUTERS Photo)

BRISTOL, England, February 28 (Reuters): Several thousand people braved the rain on Friday to join Greta Thunberg, the teenage activist who has reprimanded governments across the world for failing her generation with climate change, in a youth protest in Britain.

Known simply as Greta, 17-year-old Thunberg has captured the imagination of many young people with impassioned demands for world leaders to take urgent action to prevent what she says will be an environmental cataclysm.

Several thousand people gathered in Bristol in western England, some carrying cardboard placards that were softening in the rain, to welcome Thunberg. Organisers had said between 15,000 and 60,000 were expected.

“I look up to Greta Thunberg and I want to show my respect," said Eve Nott, 11, from nearby Bath. "I think she can help us in changing our ways."

Greta will address a "Youth Strike 4 Climate" rally. Supporters held placards reading: "Change the politics not the climate", "The ocean is rising so are we!" and "At this point education is pointless."

"The world’s youth are waking up and taking action on the climate crisis," said the event organisers, the Bristol Youth Strike 4 Climate group.

The group is part of a global movement of school students who stage protests in school time over what they say is the lack of government action on climate change.

Thunberg rose to prominence when she starting missing lessons two years ago to protest outside the Swedish parliament building. Since then, she has become the most prominent climate activist in the world.

She has repeatedly upbraided world leaders including U.S. President Donald Trump for ignoring the perils of climate change, though Trump has dismissed what he calls the climate "prophets of doom".

"Our house is still on fire," Thunberg told the World Economic Forum in Davos last month. “Your inaction is fuelling the flames."

Thunberg has been in Britain since last weekend. On Tuesday she visited the University of Oxford, where she met Malala Yousafzai, the 22-year-old Nobel Peace Prize winner and campaigner for girls' education, who is studying there.

The pair shared photos of themselves with their arms around each other. Thunberg called Yousafzai her role model, while Yousafzai said on Twitter: "She's the only friend I'd skip school for."