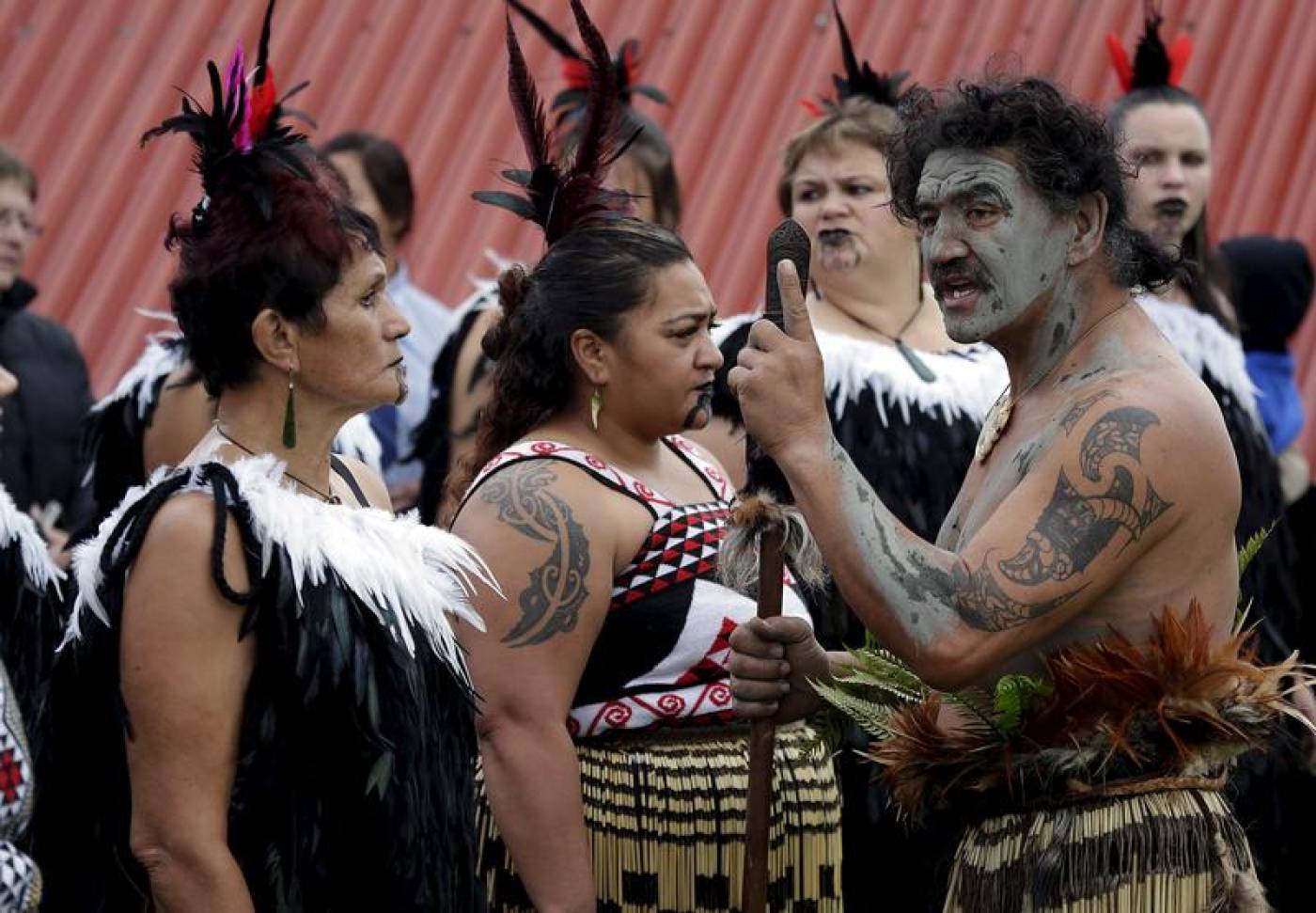 Maori people prepare to welcome Britain's Prince Harry on to Putiki marae during his visit to Whanganui, May 14, 2015. REUTERS/Anthony Phelps

WELLINGTON, July 28 (Reuters) - Thousands of people protested in New Zealand on Saturday against a proposed housing development on land seen as sacred to the indigenous Māori people, despite efforts by Prime Minister Jacinda Ardern to calm the dispute.

The country's largest builder, Fletcher Building, plans to develop 480 houses in the city of Auckland, on the Ihumātao Peninsula near its airport, on land that borders an important archaeological site and is seen as culturally significant.

The company this week sent eviction notices to a group that has occupied the land for several years to try to halt the development, sparking five days of protests and a groundswell of opposition to the project on social media.

Ardern entered the row on Friday, saying there would be no building on the land until the dispute could be resolved. She promised talks would include people occupying the land.

The dispute presents a challenge for her popular Labour government ahead of an election next year as it looks to juggle the urgent need for more affordable housing against the demands of its Māori supporters.

Ardern has faced criticism for not stepping in earlier, despite Māori leaders in her own party coming out in support of the movement.

The project's supporters argue that it will provide new homes in the country's largest city. House prices have nearly doubled in the last decade.

The protesters, led by a Māori group called Save Our Unique Landscape (SOUL), however, say the area has historical, cultural and archaeological significance and should be left as an open space, or returned to the indigenous people.

An estimated 5,000 people gathered at the site on Saturday, according to Radio New Zealand, putting up more than 50 tents. Protests have also been held in other cities.