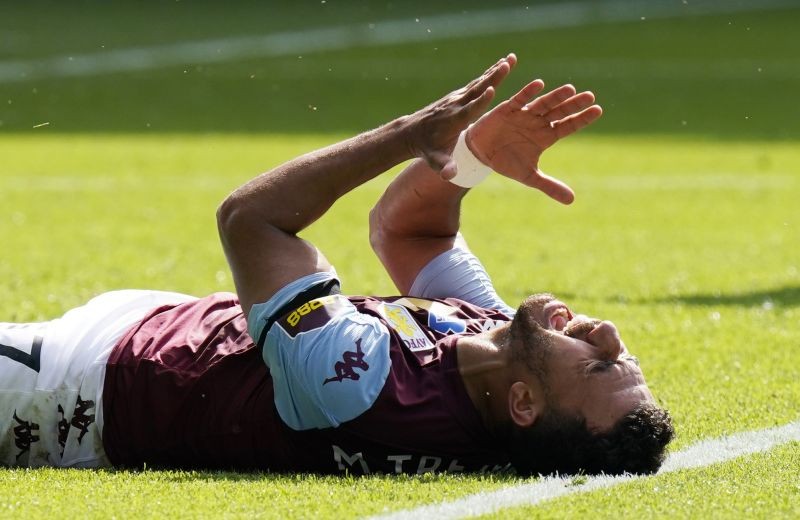 BIRMINGHAM, England, July 12 (Reuters): Aston Villa revived their hopes of avoiding relegation from the Premier League as two goals by Egyptian forward Trezeguet gave them a 2-0 home win over Crystal Palace on Sunday.

The result lifted Villa one place to 18th on 30 points from 35 games but they are still four points adrift of safety, while Palace stayed 14th on 42 points after a fifth successive defeat.

Palace made a bright start and had a goal controversially disallowed in the seventh minute after a VAR check deemed that the ball came off Mamadou Sakho's arm although it appeared to strike his shoulder.

Trezeguet fired Villa ahead in first-half stoppage time when he met a Conor Hourihane free kick at the far post and side-footed it superbly into the opposite corner from close range.

The home side had a penalty awarded by referee Martin Atkinson overturned after a lengthy VAR check before Trezeguet doubled their lead in the 59th minute with a clinical finish from seven metres.

Palace keeper Vicente Guaita denied Hourihane and Jack Grealish with a string of saves and his counterpart Pepe Reina did well to keep out efforts by Christian Benteke and Patrick van Aanholt in a lively game.