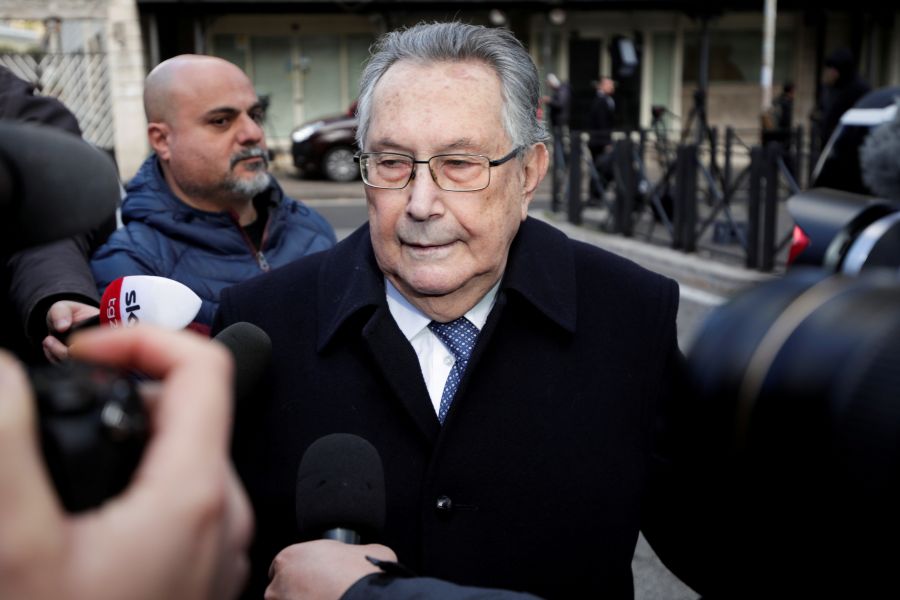 Franco Coppi, lawyer for the family of Mario Cerciello Rega, the police officer who was killed in Rome last year, arrives at criminal court for the trial of the two American teenagers accused of being involved in the killing, in Rome, Italy on February 26. (REUTERS Photo)

ROME, February 26 (Reuters): The trial of two young Americans accused of stabbing an Italian policeman to death last year began in Rome on Wednesday, with the lawyer for the family of the slain officer immediately asking for an adjournment.

Finnegan Lee Elder, 20, is accused of killing the policeman in central Rome on July 26 in an incident that shocked Italians.

Elder and fellow student Gabriel Christian Natale-Hjorth, were arrested on suspicion of murdering Mario Cerciello Rega after the policeman intervened in a dispute that began over a drug deal involving the pair, police said at the time.

The defendants, both from San Francisco, have been in prison in Rome since their arrest.

Franco Coppi, the lawyer for Cerciello Rega's family, told Reuters he had asked for an adjournment "because some institutions want to be included as plaintiffs in the trial". He did not elaborate.

Wednesday's proceedings would be limited to admission of evidence and setting a timetable for future hearings, Coppi said.

Police say Cerciello Rega, unarmed and in plain clothes, was stabbed by Elder 11 times with an 18-cm (7-inch) blade as he was trying to arrest him and Natale-Hjorth on suspicion of stealing a backpack.

Another officer at the scene, Andrea Varriale, was allegedly injured in the incident by Natale-Hjorth, after the pair stole the backpack from a drug-dealer who they believed had cheated them, according to the version of the police.