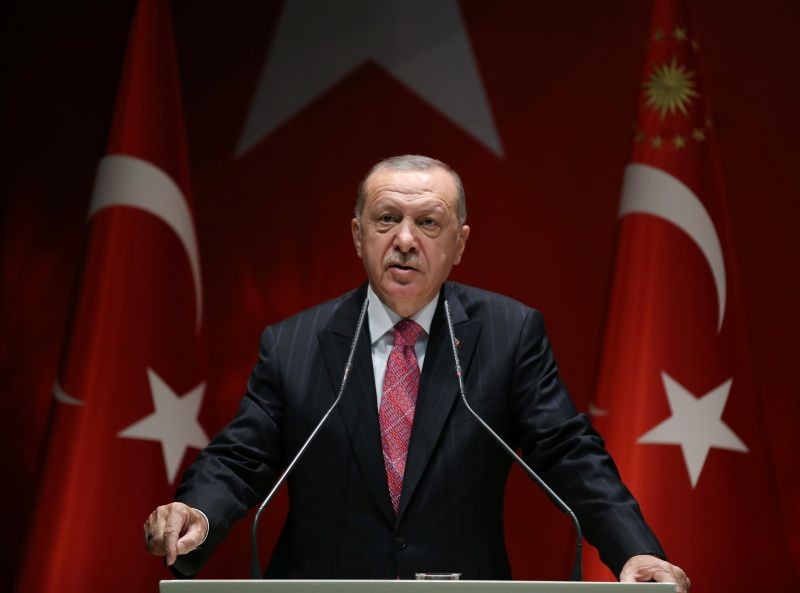 ISTANBUL, August 14 (Reuters): Turkey is considering suspending diplomatic ties with the United Arab Emirates and withdrawing its ambassador over the Gulf state's accord to normalise ties with Israel, President Tayyip Erdogan said on Friday.

The Turkish foreign ministry said history would never forgive the UAE's "hypocritical behaviour" in agreeing such a deal, which recasts the order of Middle East politics.

Under the U.S.-brokered, the first between Israel and a Gulf Arab, the Jewish state agreed to suspend its planned annexation of areas of the occupied West Bank. Palestinian leaders have denounced it as a "stab in the back" to their cause.

"The move against Palestine is not a step that can be stomached. Now, Palestine is either closing or withdrawing its embassy. The same thing is valid for us now," Erdogan said, adding he gave orders to his foreign minister.

"I told him we may also take a step in the direction of suspending diplomatic ties with the Abu Dhabi leadership or pulling back our ambassador," he told reporters after Friday prayers.

The Foreign Ministry had earlier said Palestinians were right to reject the deal in which the UAE betrayed their cause.

"History and the conscience of the region's peoples will not forget and never forgive this hypocritical behaviour," it said. "It is extremely worrying that the UAE should, with a unilateral action, try and do away with the (2002) Arab Peace Plan developed by the Arab League."

Turkey has diplomatic and trade ties with Israel, but relations have been strained for years. In 2010 Israeli commandos killed 10 Turkish activists trying to breach a blockade on the Gaza Strip, which is ruled by the Palestinian Islamist movement Hamas.

The deal makes UAE the third Arab country to establish full relations with Israel, after Egypt in 1979 and Jordan in 1994.