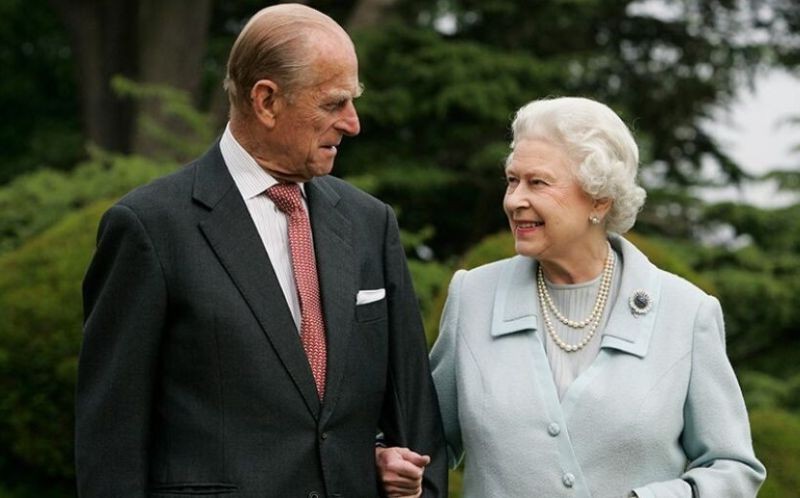 London, June 11 (IANS) The UK's Prince Philip celebrated a quiet 99th birthday at the Windsor Castle with his wife, Queen Elizabeth II while the country remained in lockdown due to the coronavirus pandemic.

On Wednesday, Buckingham Palace shared a photograph of the couple standing in the quadrangle of the royal residence last week as messages from well-wishers flooded in for the Duke of Edinburgh, reports Efe news.

"Wishing The Duke of Edinburgh a very happy birthday! His Royal Highness turns 99 today and will spend the day with The Queen at Windsor," the Palace tweeted.

The post was accompanied by photographs of the couple together over the years and a black and white image of Philip in military uniform.

Prince Charles, the Duke's eldest son and first in line to the British throne, and his wife Camilla also posted a public message and shared a black and white image of a younger father and son enjoying a boat ride and a more recent picture of the two in conversation.

"Wishing The Duke of Edinburgh a very happy 99th birthday!" their message said.

Prince William, Prince Philip's grandson and second in line to the throne, and his wife Kate Middleton also took to social media to wish the Duke well as he moved one step closer to 100.

Birthday messages were not limited to members of the royal family with former football star David Beckham among those who wished him well.

Prince Philip and the Queen have been isolated at Windsor Castle, on the outskirts of London, since nationwide confinement measures came into effect in the UK in March.

Born in Greece to Greek and Danish royalty in 1921, Prince Philip's family were later exiled.

He served in the British Navy during the Second World War where he first met and began corresponding with 13-year-old Elizabeth.

After the war he abandoned his Greek and Danish titles to become a British subject. He married Elizabeth at Westminster Abbey in 1947.

Elizabeth was crowned in 1953 after the death of her father, George VI, and Philip became the royal consort.

The Duke stepped down from official royal duties in 2017 and has dealt with an increasing number of health issues in his older age.