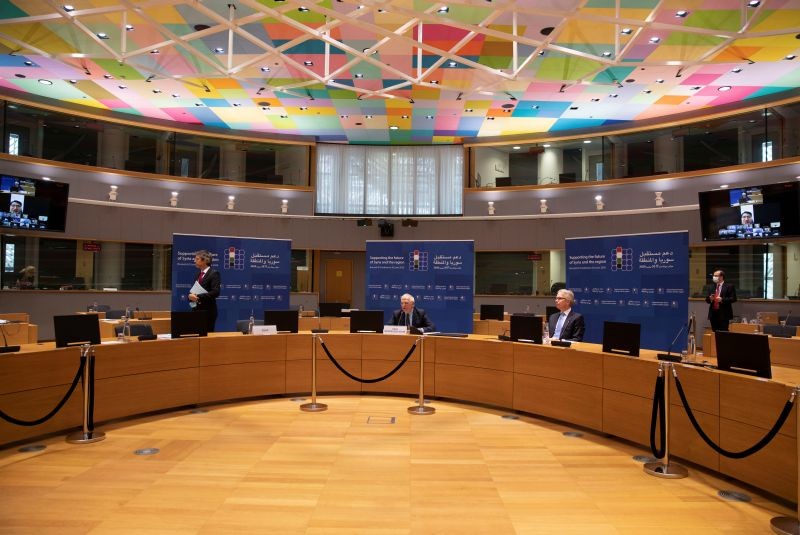 BRUSSELS, June 30 (Reuters): The United Nations pushed governments at a virtual conference on Tuesday for nearly $10 billion in aid for Syria, where nine years of war has displaced millions in a humanitarian crisis exacerbated by soaring food prices and the coronavirus crisis.

The now annual fund-raising round for Syria brought together 60 governments and non-official agencies via video in an event hosted by the European Union (EU) and due to end at 1600 GMT.

"The danger of COVID-19 remains acute."

According to a tally by Johns Hopkins University, there have only been 269 confirmed cases, but the World Health Organization (WHO) has warned the real situation is probably far worse and the number of infections likely to accelerate.

The U.N., which last year raised $7 billion, said this year it needs $3.8 billion for aid inside Syria where 11 million people require help and protection, with more than 9.3 million of them lacking adequate food.

Another $6.04 billion is sought to help the 6.6 million Syrians who have fled in the world's biggest refugee crisis.

Adding to Syrians' hardship, an economic slump and COVID-19 lockdown have pushed food prices more than 200% higher in less than a year, according to the World Food Programme (WFP).

However, rebuilding destroyed cities will take billions of dollars more and cannot start until powers involved back a peaceful transition away from the rule of President Bashar al-Assad, the EU says.

"We must do more to end the suffering of the Syrian people. First and foremost, we need a political solution to the crisis," EU foreign policy chief Josep Borell told the conference.