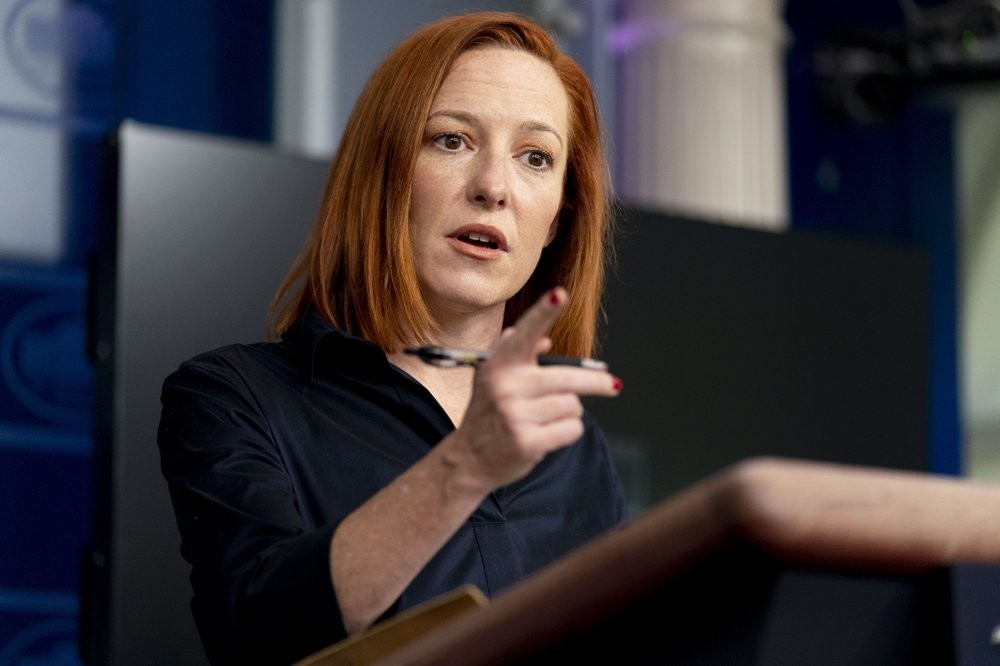 WASHINGTON, March 5 (AP) — The Biden administration stepped up its condemnation of the coup in Myanmar on Thursday, demanding that military authorities stop their brutal crackdown on pro-democracy protesters and release demonstrators and journalists who have been detained.

The White House called the situation, including the arrest of an Associated Press journalist, “troubling” and of “great concern.” The State Department said it’s working with other countries to send a unified message to the military that its actions are unacceptable and will be met with consequences.

The U.S. has already imposed sanctions on Myanmar’s top military leaders since the Feb. 1 coup, but stepped up pressure after security forces killed as many as 38 people on Wednesday. The administration says it’s in close touch with partners and allies, as well as with countries like China, to try to convince Myanmar officials to ease their heavy-handed response to the protests.

“The detainment of journalists, the targeting of journalists and dissidents is certainly something that is of great concern to the president, to the secretary of state and to every member of our administration,” White House press secretary Jen Psaki said.

At the State Department, spokesman Ned Price said the administration was “deeply saddened” by reports of deaths in the crackdown on protests. “This latest escalation in violence demonstrates the fact of the junta’s complete disregard for their own people, for the people of Burma,” he said. “It is unacceptable.”

Associated Press journalist Thein Zaw and several other members of the media were arrested last week while covering security forces charging at anti-coup protesters. They have been charged with violating a public order law that could see them imprisoned for up to three years. The AP and press freedom groups have called for Zaw’s immediate release, but there has been no response from the authorities.

“We believe he was simply doing his job as a journalist and look forward to his swift release,” the statement said.

The U.S. and other countries have roundly condemned the coup and the ensuing crackdown on dissent to little effect thus far. Price said the United States was looking toward China, Myanmar’s most powerful neighbor and friend, to exert its influence on the military.

“We have urged the Chinese to play a constructive role to use their influence with the Burmese military to bring this coup to an end,” he said. “There have been a number of conversations with Chinese officials at different levels, and our message in all of those conversations has been consistent: The world, every responsible constructive member of the international community, needs to use its voice, needs to work to bring this coup to an end and to restore the democratically elected government of Burma.”

Earlier Thursday, footage of the brutal crackdown on protests against the coup unleashed outrage and calls for a stronger international response. Videos showed security forces shooting a person at point-blank range and chasing down and savagely beating demonstrators.

The coup reversed years of slow progress toward democracy in Myanmar, which for five decades had languished under strict military rule that led to international isolation and sanctions. As the generals loosened their grip in recent years, the international community lifted most sanctions and poured in investment.