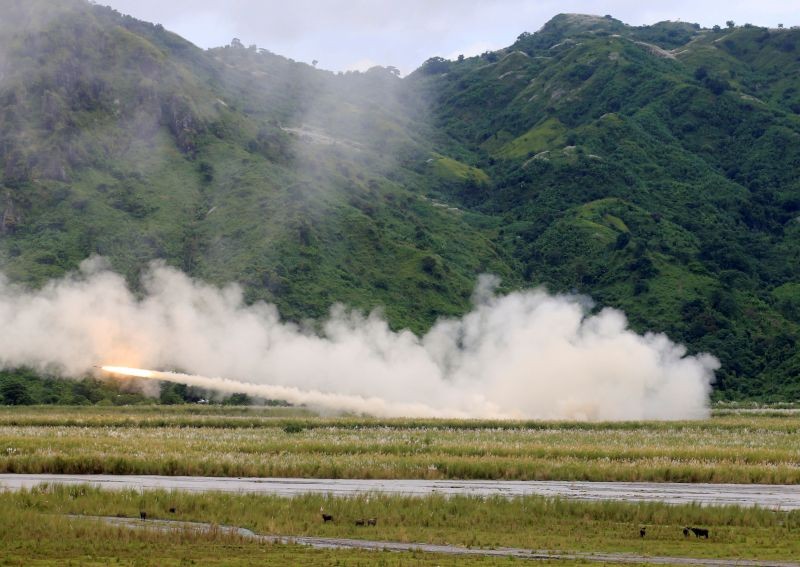 WASHINGTON, September 16 (Reuters): The United States plans to sell as many as seven major weapons systems, including mines, cruise missiles and drones to Taiwan, four people familiar with the discussions said, as the Trump administration ramps up pressure on China.

Pursuing seven sales at once is a rare departure from years of precedent in which U.S. military sales to the island were spaced out and carefully calibrated to minimize tensions with Beijing.

But the Trump administration has become more aggressive with China in 2020 and the sales would land as relations between Beijing and Washington are at their lowest point in decades over accusations of spying, a lingering trade war and disputes about the spread of the novel coronavirus.

At the same time Taiwan's desire to buy weapons increased after President Tsai Ing-wen was re-elected in January and has made strengthening Taiwan's defenses a top priority.

Taiwan is China's most sensitive territorial issue. Beijing says it is a Chinese province, and has denounced the Trump administration's support for the island.

Washington has been eager to create a military counterbalance to Chinese forces, building on an effort known within the Pentagon as "Fortress Taiwan", as Beijing's military makes increasingly aggressive moves in the region.

Taiwan's Defense Ministry said the reported package was a "media assumption," and that it handled weapons purchase talks and assessments in a low-key, confidential way, so could not offer public comment until there was a formal U.S. notification of any sales to Congress.

Taiwan's military is well-trained and well-equipped with mostly U.S.-made hardware, but China has a huge numerical superiority and is adding advanced equipment of its own.

The weapons packages from Lockheed Martin Co, Boeing and General Atomics are moving their way through the export process, three people familiar with the status of the deals on Capitol Hill said, and a notification to Congress is expected within weeks.

One industry source said President Donald Trump was slated to be briefed on the packages this week by Secretary of State Mike Pompeo. Some of the deals had been requested by Taiwan more than a year ago, but are only now being moved through the approval process. A State Department spokesman declined comment.

A senior U.S. official, citing Chinese assertiveness in the Taiwan Strait, said: "There is no equilibrium today. It is out of balance. And I think that is dangerous."

Trump's White House has made an effort to export weapons to U.S. allies trying to bolster their defenses, decrease dependence on U.S. troops while boosting U.S. companies and jobs.

As he fights for re-election on Nov. 3, Trump and Republican supporters have ramped up their rhetoric against Beijing and sought to portray Democratic opponent Joe Biden as soft on China.

Other factors include Taiwan's bigger defense budget, and the fear in Taiwan that if Trump loses, Biden would be less willing to sell the U.S.'s most advanced weapons to them.

Taiwan's interest in U.S. weapons and equipment is not new. The island is bolstering its defenses in the face of what it sees as increasingly threatening moves by Beijing, such as regular Chinese air force and naval exercises near Taiwan.

The senior U.S. official said Taiwan's increased defense spending was a good step, but it had to do more.

"Taiwan, frankly, needs to do more in order to ensure that they indigenously have an ability to deter Chinese aggression," the official said.

Drones that can see over the horizon for surveillance and targeting, coupled with advanced missiles and coastal defenses that include smart mines and anti-submarine capabilities to impede a sea invasion, have been discussed at the highest levels to make Taiwan more difficult to attack, like a "porcupine", according to industry and congressional sources.

In early August, Reuters reported that Washington is negotiating the sale of at least four of its large sophisticated aerial drones to Taiwan for what could be about $600 million.

Also under discussion are land-based Boeing-made Harpoon anti-ship missiles to serve as a coastal defense against cruise missiles.

Other systems include "underwater sea mines and other capabilities to deter amphibious landing, or immediate attack," Taiwan's de facto ambassador to United States said in July.