US slams Pakistan for not acting against anti-India terrorists 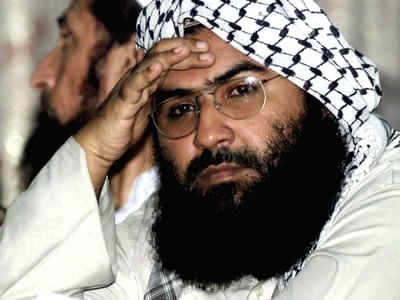 NEW YORK, JUNE 24 (IANS): The US on Wednesday slammed Pakistan for continuing to be a safe haven for terrorist groups and for failing to prosecute Jaish-e-Mohammed (JeM) boss Masood Azhar and Lashkar-e-Taiba's (LeT) Mumbai attack mastermind Sajid Mir.

The State Department's Country Reports on Terrorism said: "Islamabad has yet to take decisive actions against Indian- and Afghanistan-focused militants." Pakistan has "made no effort to use domestic authorities to prosecute other terrorist leaders such as JeM founder Masood Azhar and Sajid Mir, the mastermind of LeT's 2008 Mumbai attacks, both of whom are widely believed to reside in Pakistan under the protection of the state, despite government denials," said the report released by Secretary of State Mike Pompeo.

"Pakistan continued to serve as a safe haven for certain regionally-focused terrorist groups," the report said.

The report said that India "suffered terrorist attacks in the state of Jammu and Kashmir, the northeastern Indian states, and parts of central India".

The report found Islamabad failing to keep its word on ending the hosting of all terrorist groups.

"Pakistan's progress on the most difficult aspects of its 2015 National Action Plan to counter terrorism remains unfulfilled - specifically its pledge to dismantle all terrorist organisations without delay and discrimination," the report said.

Islamabad did not meet all the Financial Action Task Force (FATF) action plan to end financing of terrorists, the report said.

"In 2019, Pakistan made some progress toward meeting the action plan requirements for the FATF, allowing it to avoid being blacklisted, but did not complete all action plan items," it said.

The report, however, also acknowledged that "Pakistan took modest steps in 2019 to counter terror financing and to restrain some India-focused militant groups following the February attack on a security convoy in the Indian state of Jammu and Kashmir claimed by Pakistan-based JeM".