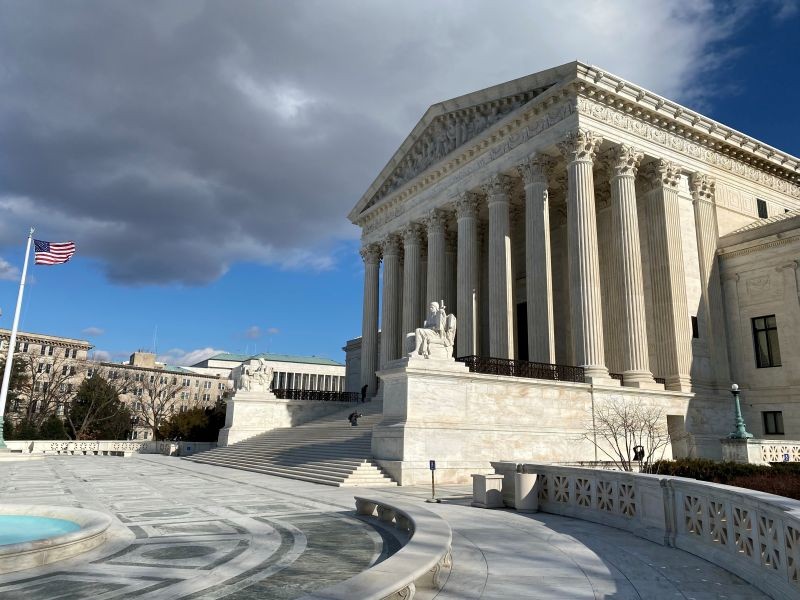 WASHINGTON, June 25 (Reuters): The U.S. Supreme Court on Thursday enhanced the ability of President Donald Trump's administration to quickly deport illegal immigrants including asylum seekers with limited judicial review, handing him a victory in a case involving one of his signature issues in an election year.

The justices ruled in favor of the administration in its appeal of a lower court ruling that a Sri Lankan farmer named Vijayakumar Thuraissigiam had a right to have a judge review the government's handling of his asylum bid.

The ruling, written by conservative Justice Samuel Alito, found that limiting judicial scrutiny in this rapid deportation case, known as expedited removal, did not violate key safeguards of individual liberty in the U.S. Constitution.

It has long been recognized that people who have yet to be granted legal entry to the United States do not have the full range of constitutional rights and that Congress has some authority to determine what rights they do possess, Alito wrote.

"While aliens who have established connections in this country have due process rights in deportation proceedings, the court long ago held that Congress is entitled to set the conditions for an alien's lawful entry into this country," Alito added.

The ruling will have wide implications for immigrants facing removal, Sotomayor wrote, giving the administration "unchecked" power and increasing the risk of arbitrary and illegal decisions by immigration officials in deportation proceedings.

The United States "has time and again reaffirmed its commitment to providing sanctuary to those escaping oppression and persecution," Sotomayor added.

The San Francisco-based 9th U.S. Circuit Court of Appeals in 2019 ruled that under the Constitution's suspension clause - relating to a person's ability to challenge confinement by the government - courts should be able to review Thuraissigiam's claims.

The administration contended the 9th Circuit ruling would defeat the purpose of quick deportation and "impose a severe burden on the immigration system." Trump's hardline policies on immigration and deportation have been a centerpiece of his presidency and bid for re-election on Nov. 3.

"This ruling fails to live up to the Constitution's bedrock principle that individuals deprived of their liberty have their day in court, and this includes asylum seekers," said American Civil Liberties Union lawyer Lee Gelernt, who represents Thuraissigiam.

In a major immigration-related ruling last week, the Supreme Court blocked Trump's attempt to rescind a government program that protects "Dreamers" - mostly immigrants from Latin America brought to the United States illegally as children - from deportation.

Thuraissigiam sought U.S. asylum, claiming that as a member of Sri Lanka's Tamil minority he was tortured over his political ties and subjected to beatings and simulated drowning. He fled Sri Lanka in 2016 and was arrested in California in 2017.

He was placed on track for expedited removal, a system dating back to 1996 that makes an exception for immigrants who can establish a "credible fear" of persecution or torture in their home country. U.S. officials rejected Thuraissigiam's claim.