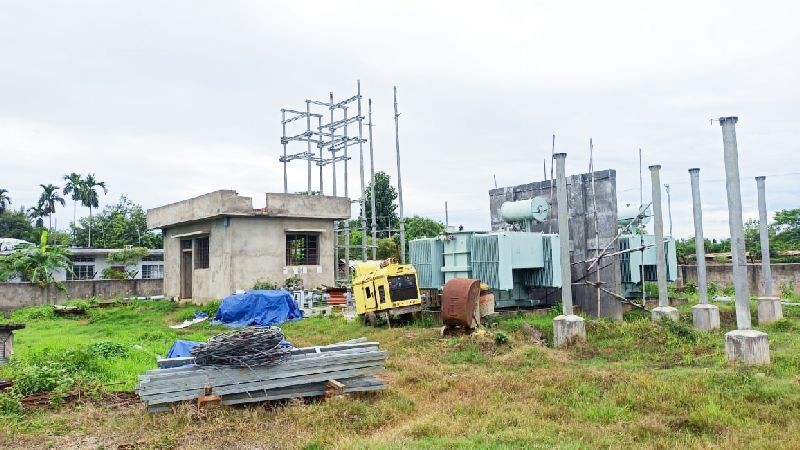 Met troubled waters in the form of ‘demand’

As Nagaland was immersed in the COVID-19 response, a project to improve power distribution capacity met troubled waters. The trouble was in the form of unsolicited monetary demands.

The project was commissioned in 2017, to set up a 33/11kv 20Mva power sub-station at Padumpukhri, Dimapur, as part of the Northeastern Region Power System Improvement Project (NERPSIP) for augmenting the electricity transmission and distribution system in the state.

It was financed by the World Bank and the Government of India on 50:50 fund-sharing, with the Power Grid Corporation of India Ltd (Powergrid) as the nodal/implementing agency. The work, estimated to be worth Rs 3cr, was contracted to a Kolkata-based firm.

Commissioning of the sub-station would greatly ease the burden on the existing sub-stations in Dimapur, whose installed load capacity is struggling to cope with spiraling demand. Installing more distribution points seeks to cut down the tradition of “load shedding.”

As per the scheme, maintenance and operational control of the sub-station would be handed over to the Department of Power, Nagaland, or become an asset of the state government.

However, the construction work came to a halt allegedly over failure to meet monetary/tax demand of an unnamed Naga Political Group. While it could not be ascertained whether the tax demand came on behalf of a group or in individual capacity, various sources disclosed that the project was slapped with a demand of Rs 10 lakh sometime in January this year.

It could not be met, subsequently resulting in the halting of work.

The firm reportedly tried to negotiate its way out but it fell through. After months in a state of limbo, one of the sources said that in the month of August, the nodal agency wrote to the DoPN informing of the quagmire, the latter informing the police.

Police sources acknowledged receiving information of the matter but added that no FIR has been filed yet.

According to another source, the trouble was that another group had already exacted a certain amount from the project. “(Rs) 20 lakhs was paid to one group. Another came to know of it. They locked it,” said the source.

Meanwhile, there was reported to be no headway in the negotiation. A request to scale down the demand to Rs 5 lakh failed.

The sources said that the police were ready to provide security to affect the resumption of work but the workers were apprehensive of repercussion.

Negotiation was said to be still on.