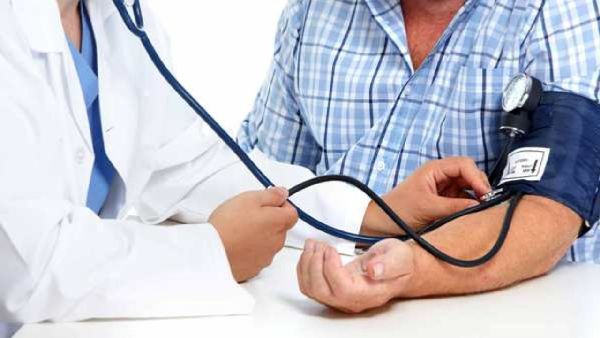 New Delhi, May 16 (IANSlife) High blood pressure is a silent killer affecting millions worldwide, and contrary to popular opinion of it being a condition for the elderly, hypertension is being reported to a great extent in youngsters.

"It is crucial to understand the primary causes of BP, which can be hereditary or non-hereditary/secondary causes. In case it's genetic, it generally manifests between 40 and 60 years of age. In non-hereditary cases, which is majorly lifestyle related, it usually arises between 25- 40 years of age, which is the major chunk of patients that we encounter on a day to day basis," Dr Suranjeet Chatterjee, Senior Consultant, Internal Medicine, Indraprastha Apollo Hospitals, New Delhi told IANSlife.

Blame it on the poor lifestyle characterized by sedentary jobs, lack of physical activities and unhealthy eating and daily practices, youngsters' bodies are stressed like never before. Additionally, cut-throat competition at workplace leading to intense pressure and stress is a major contributor to hypertension in youth.

As per Dr Chatterjee, an unhealthy lifestyle leads to obesity, which triggers sleep-related problems-mainly sleep apnea. The sleep disorder causes inappropriate secretion of cortisol which in turn leads to hypertension.

"High blood pressure hits Indians at a younger age as compared to people in the west, leading to heart ailments, strokes and other co-morbidities in the later ages. The reason is that - irrespective of the work and societal pressures as well as sedentary lifestyles - preventive health check-ups in India is missing. Youngsters consult the doctors when unwell for a prolonged period. It is important to get health checks done at least once a year for people between the age group of 20-35 years," advises the doctor.

Over 50 per cent of Indian population is under the age group of 40, this being the most economically productive group, the nation's development depends on them, their health and meaningful contributions to Quick tips to ensure optimum blood pressure levels:

Having regular/annual medical check-ups and seeking professional help, when needed

Hypertension in youngsters is mostly lifestyle oriented, and following an active and healthy lifestyle is the key to let go of the ailment.