Zidane wants Messi to stay in LaLiga amid exit rumours 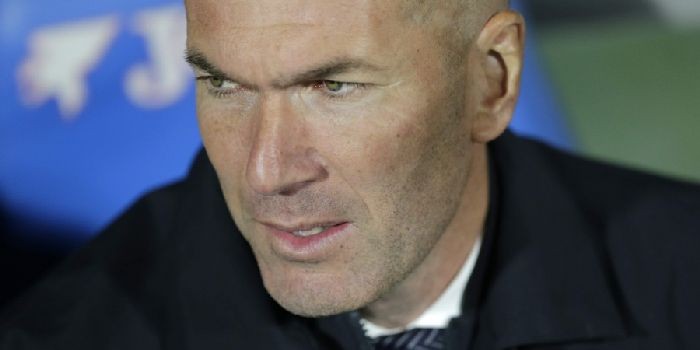 Madrid, July 3 (IANS) Putting his rivalry aside with Barcelona, Real Madrid manager Zinedine Zidane has said he wants star forward Lionel Messi to stay at the Catalan Giants amid rumours linking him with a move away from the club.

According to Spanish outlet Cadena SER, Messi has stopped contract negotiations with Barcelona amid reports of growing tensions within the club. His current deal runs till 2021.

"I don't know what will happen but we hope not because he is in this league and we want the best in this league," Zidane said after Real's 1-0 win over Getafe on Thursday night, as per Goal.com.

Barcelona find themselves four points behind Real Madrid in the LaLiga title race with just five matches to go this term.

Earlier, Messi's boyhood club Newell's Old Boys' vice-president Christian D'Amico had stated that there remains a chance that the six-time Ballon d'Or winner might end up finishing his career in Argentina.

Messi joined Newell's as a six-year-old before moving to the famed Barcelona youth academy La Masia at the age of 14.

"I don't know if it's impossible. It's a decision exclusively made by him and his family. We have to have the best possible context to help make a decision," D'Amico was quoted as saying by TNT Sports as per Daily Mail.

"When Maradona came to Newell's, nobody thought that he would come either. I hope to do something similar with Leo. Obviously, that's not to be selling smoke. It's a difficult topic.

"What Newell's fan would not dream to see the best player in the world with the jersey of their team on? Time might allow such things, you have to be calm," he added.

Recently, Messi scored his 700th career goal after he scored from the penalty spot in Barcelona's 2-2 draw against Atletico Madrid at the Camp Nou on Tuesday.