After early exits in New York, Gauff gets first win on clay 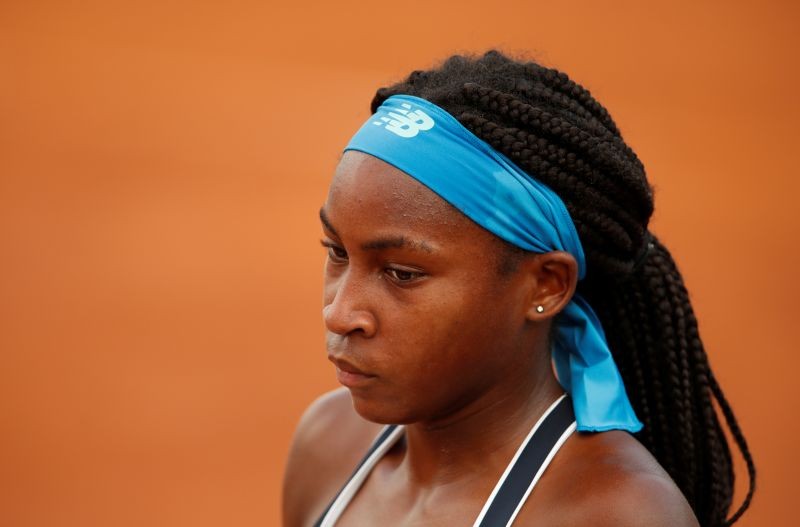 Coco Gauff of the U.S. during her first round match against Tunisia's Ons Jabeur Pool via REUTERS/Clive Brunskill
Sports
16th September 2020

(Reuters): American teen Coco Gauff arrived in Rome on the heels of two early exits in New York and was glad to get her season back on track with a victory over Ons Jabeur at the Italian Open in her first Tour-level main draw match on clay.

The 16-year-old made the fourth round of this year's Australian Open and reached the same stage at Wimbledon last year but suffered a first-round exit at her home Grand Slam at the U.S. Open two weeks ago.

That defeat came after she lost her opening match in the Western & Southern Open, which was also held in the bio-secure environment in New York due to the COVID-19 pandemic.

"I'm definitely happy to get a win today, especially after a couple of tough losses back in New York," Gauff told reporters after Tuesday's 6-4 6-3 win over Tunisian Jabeur.

"She's a tricky player because she definitely changes the ball a little bit. I knew it was going to be tough, so to get a win over her on clay was really good."

Australian Open quarter-finalist Jabeur had also lost to Gauff last month in the last-eight in Lexington. She reached the same stage at the Western & Southern Open before advancing to the third round at Flushing Meadows.

Gauff fell in the qualifying rounds of the French Open last year in her only Tour level claycourt event but says she feels at home on the surface.

"I haven't played on clay in over a year, but to be honest, I feel quite comfortable on clay," said the world No. 53.

"In my junior career, I had quite good results on clay and I go to Patrick Mouratoglou's tennis academy a lot. I'm quite used to the red clay."

The French Open, originally scheduled for May-June, was postponed to Sept. 27-Oct. 11 due to the COVID-19 pandemic.