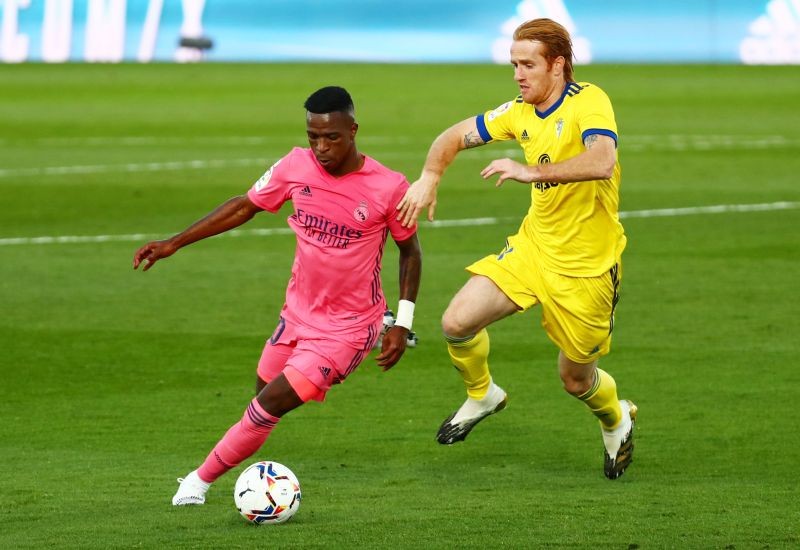 MADRID, October 18 (Reuters): Cadiz midfielder Alex Fernandez was finally the happiest member of his footballing family when his side enjoyed a shock 1-0 win over Real Madrid - and older brother Nacho - on Saturday.

Alex, 28, and Nacho, 30, both joined Real Madrid's youth team as teenagers but while Nacho went on to spend his entire, silverware-laden career at Madrid, Alex represented the first team for only 47 minutes, back when Jose Mourinho was in charge.

He finally found his feet after a move to Cadiz in 2017 and scored 13 goals in last season's campaign, when the side earned promotion back to La Liga for the first time in 14 years.

Nacho meanwhile has seen his status at Madrid fall in recent years and he would not have expected to face his younger brother had it not been for injuries to Real's two main rightbacks, Dani Carvajal and Alvaro Odriozola.

As Madrid toiled in one of their worst first-half performances in recent memory, Alex got the better of his brother and his side earned their first ever away victory against Madrid thanks to Anthony Lozano's first-half strike.

Alex said Nacho had offered him his congratulations but added that the family was avoiding discussing the game.

"Beyond the match and result he is my brother. He was very frustrated with the defeat but he congratulated me and gave me a kiss and said we had had a great game and had earned a very important victory," Alex told Cope radio station.

"My father was prudent because he knows how much the defeat hurts my brother, and we haven't talked about it too much as a family because while I'm very happy, Nacho is very sad."