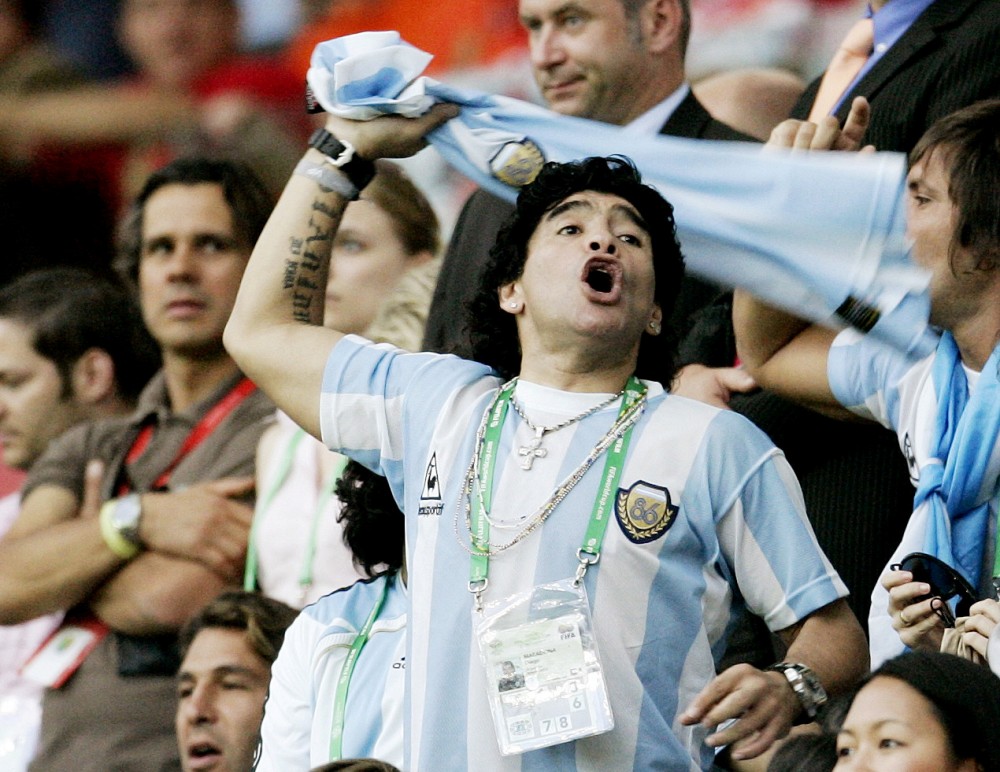 BUENOS AIRES, November 25 (Reuters):  Argentine soccer legend Diego Maradona, widely regarded as one of the game's greatest ever players, died of a heart attack on Wednesday, his lawyer said.

He suffered a heart attack at his home in the outskirts of Buenos Aires on Wednesday, Argentinian media and acquaintances of the former player said.

Retired Brazilian soccer star Pele was among those who mourned the Argentine player.

"Certainly, one day we'll kick a ball together in the sky above," he said in a brief statement provided to Reuters by a representative.

One of the most gifted soccer players in history, Maradona's pinnacle of glory came when he captained Argentina to win the World Cup in 1986, before plunging to misery when he was kicked out the 1994 World Cup for doping.

Years of drug use, overeating and alcoholism truncated a stellar career and altered his appearance from a lithe athlete who could slalom effortlessly through teams to a bloated addict who nearly died of cocaine-induced heart failure in 2000.