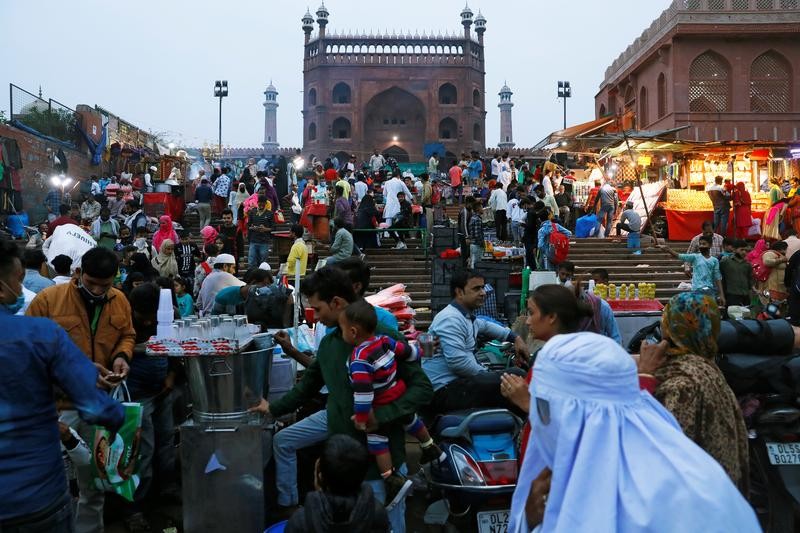 People shop at a market, amid the coronavirus disease (COVID-19) outbreak, in front of the Jama Masjid (Grand Mosque) in the old quarters of Delhi, November 16, 2020. REUTERS/Adnan Abidi
India
24th November 2020

According to the data released by the Ministry of Health and Family Welfare, 480 new deaths took the toll to 1,34,218 in the last 24 hours.

The recovery rate stands at 93.76 per cent and the fatality rate is at 1.46 per cent, the Ministry data showed.

Andhra Pradesh and Karnataka have reported the highest number of cases in the past 24 hours.

The national capital is witnessing a renewed surge, which is being called the third wave. On Monday, it recorded 4,454 new cases and 121 deaths.