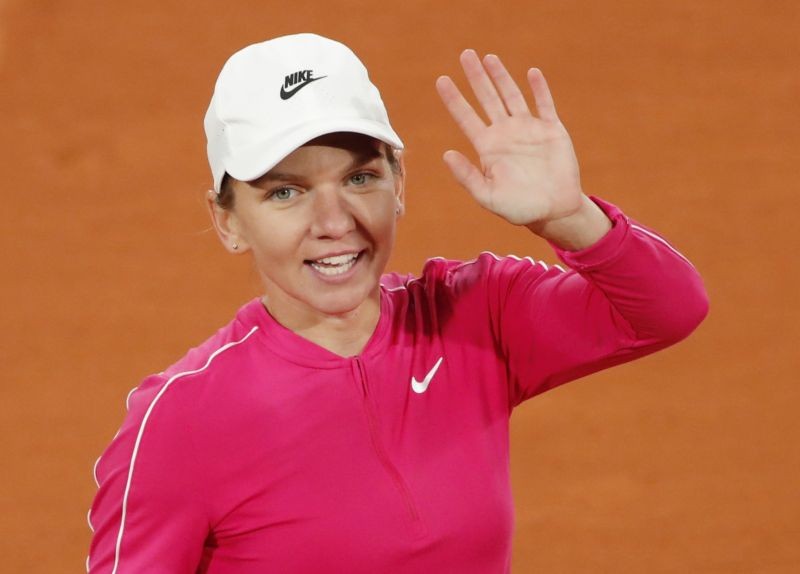 The former world number one, who won her maiden Grand Slam at Roland Garros in 2018, took her winning streak to 15, dating back to her Dubai victory in February shortly before the professional circuit shut down due to the COVID-19 pandemic.

Halep did not travel to New York for the U.S. Open due to concerns over the pandemic and spent her time playing on the claycourts in Europe.

She arrived in Paris after winning in Prague and Rome and with world number one and defending champion Ash Barty skipping the tournament, Halep is considered the overwhelming favourite to lift a second French Open title.

"I am really pleased with the victory," Halep said in an on-court interview after the sparse crowd under the newly built roof at the court Philippe Chatrier sang to wish her on her birthday.

"It feels really special and I am really honoured to play here today under the (new) roof. It was a unique moment for me playing on my birthday at Roland Garros. For ever I will keep it (memory) and I want to enjoy it as it's really special."

Against an opponent she had never played, Halep quickly found herself down 4-2 in the opening set. The Wimbledon champion had to shift gears and once she found her range and variations there was no way back for the Spaniard.

Halep hit 23 winners against the 10 by Sorribes Tormo and won the next 10 games to complete the victory in an hour and 22 minutes.

"It's always tough to start a tournament and you know I'm a bit emotional, nervous let's say," Halep said.

"She played really well in the first set, she didn't miss. Then I found my rhythm, started opening the court little better and not going for everything.

"I changed, I had the Plan B and it worked very well for me today."

Halep completed the win on her second match point when her 23-year-old opponent hit a forehand wide and the world number two will next meet the winner of the match between Jil Teichmann and Irina-Camelia Begu.