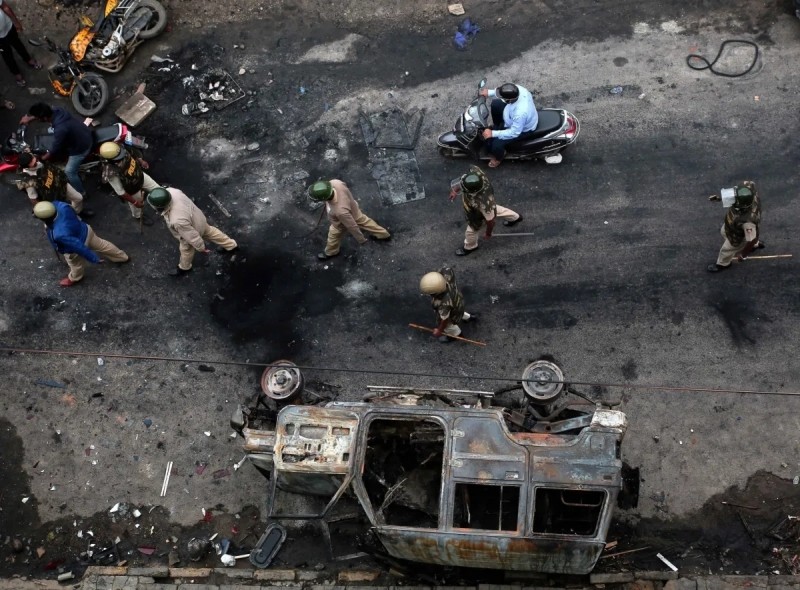 Bengaluru, August 14 (IANS): Karnataka Congress legislator's nephew P Naveen has admitted to the posting of a derogatory remark on Facebook, which triggered riots in the city's eastern suburb on August 11, police said on Friday.

"In the course of questioning, Naveen admitted to have posted the derogatory remark after denying it earlier and claiming that his Facebook account was hacked, when he was arrested on August 12," Bengaluru East Deputy Commissioner of Police SD Sharanappa told IANS here.

Naveen, 26, is a nephew of Congress MLA Akhanda Srinivas Murthy from Pulakeshinagar (reserve) segment in the city's north-eastern suburb.

"Naveen is in our custody for investigation into the riots, as it was his provocative post on the social media that instigated a mob to commit violence, in which his uncle's (Murthy) house was burnt and one of our police stations in the area (DJ Halli) was attacked and damaged," Sharanappa said.

Opposition Congress claimed that "inordinate delay" in acting against Naveen by the police even after a complaint against him for the derogatory post led to the protests and subsequent mob violence in which a number of vehicles were burnt and public property destroyed.

"Had the police acted swiftly by arresting Naveen soon after the complaint was lodged against him in the DJ Halli police station by the aggrieved party, mob violence, arson and rioting would not have occurred and three lives would have been saved," Congress spokesman MA Saleem told IANS here.

When caning and tear gas failed to control the mob from attacking the police station, police fired shots, in which three area youths died.

"Though Naveen is related to Murthy, he is a BJP supporter, as evident from a post on his Facebook account in which he claimed to have voted for the BJP in the May 2019 Lok Sabha elections," asserted Saleem.

Besides investigating Naveen's political leanings, police are looking into his call records and postings in social media accounts like Whatsapp to ascertain if he was acting alone or with others.

In all, 206 accused have been arrested so far in connection with the riots, including 60 earlier in the day. Those held included Kaleem Pasha, husband of Congress corporator Irshad Begum from the Nagwara civic ward in the city's eastern suburb.

"Though Pasha is one of the signatories in the complaint against Naveen, he is alleged to have instigated the unruly mob to set Murthy's house on fire and attack the police station," a police source said.