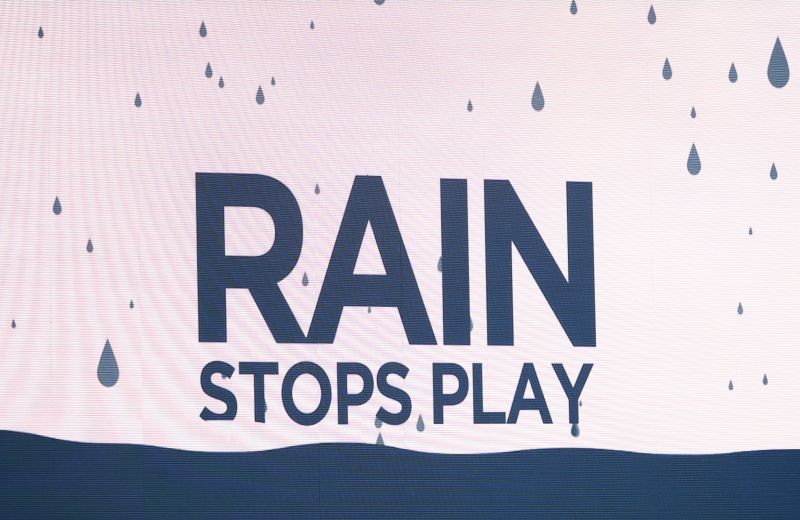 SOUTHAMPTON, England, August 16 (Reuters): Pakistan claimed the wicket of opener Rory Burns for a duck on Sunday to leave England seven for one in their first innings at lunch on day four as rain once again interrupted the second test at the Rose Bowl that is meandering towards a tame draw.

England had earlier bowled out the tourists for 236, with top scorer Mohammad Rizwan (72) being the last Pakistani batsman to be dismissed on a day when a little over an hour of play was possible due to rain.

Burns was caught at second slip by Asad Shafiq off the bowling of Shaheen Afridi as the tourists produced prodigious movement with the new ball under the heavy skies.

It was another failure for the left-hander in the series after he managed scores of four and 10 in the first test.

Dom Sibley (2 not out) and Zak Crawley (5 not out) survived to the end of the fifth over before play was halted.

Pakistan had resumed on 223 for nine, the first play possible since just before 5pm on Friday afternoon, with Rizwan flashing his bat in an attempt to score quick runs.

He added 12 to his total before he was caught by Crawley at cover point trying to hit Stuart Broad (4-56) to the boundary.

Broad’s figures were the best in the innings, followed by James Anderson (3-60), who answered a number of his critics following questions over whether he would retire after a poor last test in Manchester.

England won that game by three wickets and lead the three-match series 1-0. The final test will start in Southampton on Friday.