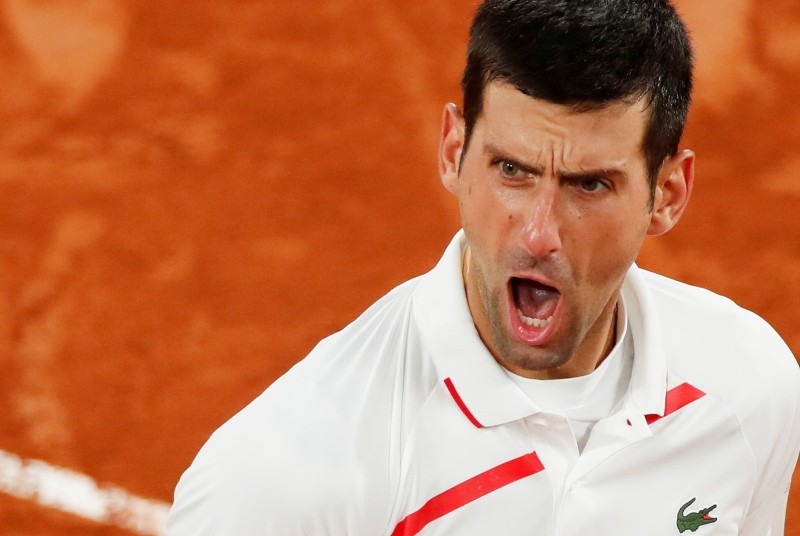 PARIS, September 8 (Reuters): Spaniard Pablo Carreno Busta accused Novak Djokovic of gamesmanship during their French Open quarter-final on Wednesday as he felt the world number one Serb did not have any genuine health issues despite appearing to battle injury problems.

Djokovic, 33, had his neck taped during the match on Court Philippe Chatrier and his movements seemed somewhat restricted during the opening set against the world number 18.

He also called the trainer on court to work on some issue with his upper left arm.

But the top seed recovered well to advance to the semi-finals with a 4-6 6-2 6-3 6-4 victory and later said he had to deal with some physical issues during the early part of his match, without providing much details.

"Each time he is in trouble he usually does it, that means to say that he was in trouble, that he wasn't comfortable and that I was playing at a high level and was causing him to doubt himself," Carreno Busta told reporters in Spanish.

"I don't know if it's something chronic in his shoulder or just mental, but he didn't put me off."

It was against the same player that Djokovic was defaulted a month back in the fourth round of the U.S. Open for inadvertently hitting a line judge with the ball.

Djokovic, who is chasing an 18th major, looked stiff on Wednesday and banged his racket against his thigh in frustration as Carreno Busta took the opening set, the first that the Serb lost at this year's claycourt Grand Slam.

"I don't know, maybe it's the pressure or something that he needs to do it. But he continues playing normal, no? I don't know if he's (in) pain really or he has mental (issues). Ask him," Carreno Busta said in English.