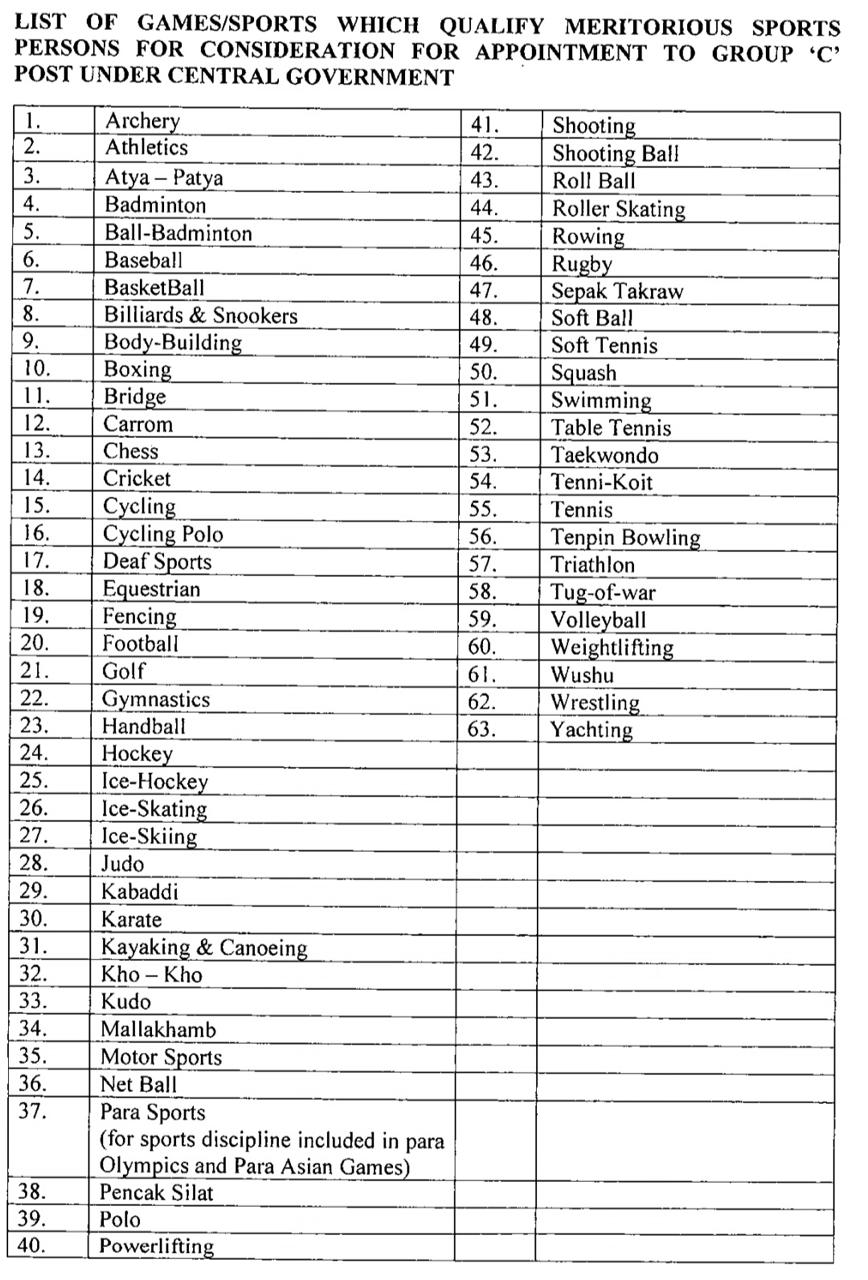 The Centre has included 20 more sports disciplines like tug-of-war, mallakhamb and para-sports among others for direct recruitment of meritorious sportspersons in Group C level government posts, the Personnel Ministry said in an order issued on September 1.
Sports
2nd September 2020

New Delhi, September 1 (PTI):  The Centre has included 20 more sports disciplines like tug-of-war, mallakhamb and para-sports among others for direct recruitment of meritorious sportspersons in Group C level government posts, the Personnel Ministry said in an order issued on Tuesday.

The move comes following a proposal from the Department of Sports for inclusion of some more disciplines in the list of 43 sports for recruitment of sportspersons to any Group C post in ministries/departments of government of India.

“It has now been decided to accept the recommendation of Department of Sports,” the order said.

Accordingly, the list of sports/games for the purpose of recruitment of sportspersons by government of India is revised to have 63 sports disciplines, the order said.

Sportspersons who have represented a state or the country in national or international competitions in any of the 63 games/sports are eligible for appointment for Group C level posts, according to existing instructions.

Sportspersons who have been awarded national awards in physical efficiency under the National Physical Efficiency Drive, among others, are also eligible for the appointment to such posts.

“No such appointments can be made unless the candidate is, in all respects, eligible for appointment to the post applied for, and in particular, with regard to age, educational or experience qualifications prescribed under the recruitment rules applicable to the post, except to the extent to which relaxations thereof have been permitted in respect of class/category of persons to which the applicant belongs,” said the Personnel Ministry’s instructions issued in 2013.

Now this list has been expanded to include 20 more sports disciplines including baseball, rugby, basketball, deaf sports, tug-of-war, mallakhamb and para sports (for sports discipline included in para Olympics and Para Asian Games).