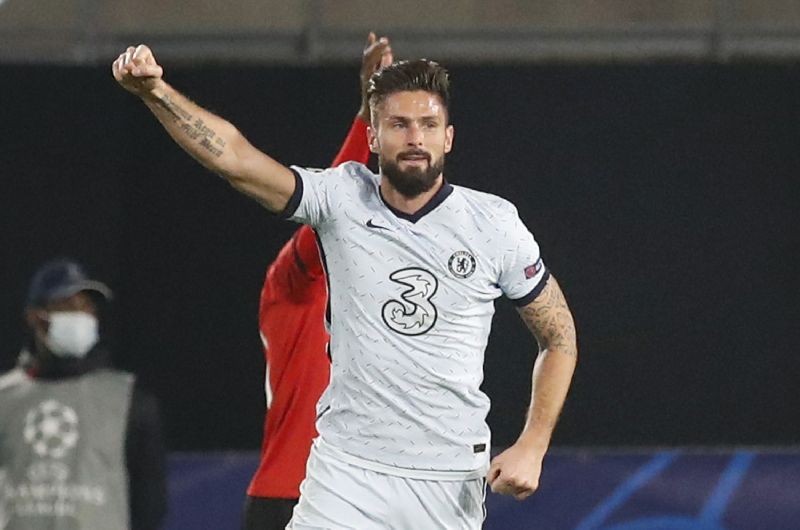 November 25 (Reuters) - Olivier Giroud is a model professional for the Chelsea squad and the 34-year-old striker seems to be getting better with age, manager Frank Lampard said after the Frenchman scored a late winner against Stade Rennais in the Champions League on Tuesday.

Giroud has yet to start a Premier League or Champions League game this season but came on as a second-half substitute and scored in stoppage time to seal Chelsea's 2-1 win and a place in the knockout stages.

"Everybody kind of feels from the outside what a great professional he is, how highly-regarded he is by his team mates and myself," Lampard told reporters.

Lampard has preferred Timo Werner and Tammy Abraham ahead of Giroud and the striker's lack of minutes prompted France coach Didier Deschamps to tell him to sort out his situation ahead of next year's Euros.

But with Chelsea set to play 10 games in six weeks, Lampard said more game time is in store for Giroud, who is France's second-highest scorer with 44 goals.

"He offers a lot for us and I keep saying it but the big schedule coming up and the way we play means I will rely on players," Lampard added.

"Thankfully for me he's a player that always keeps the right attitude if he's not playing regularly and I know when I call upon him that he comes in as he did today."