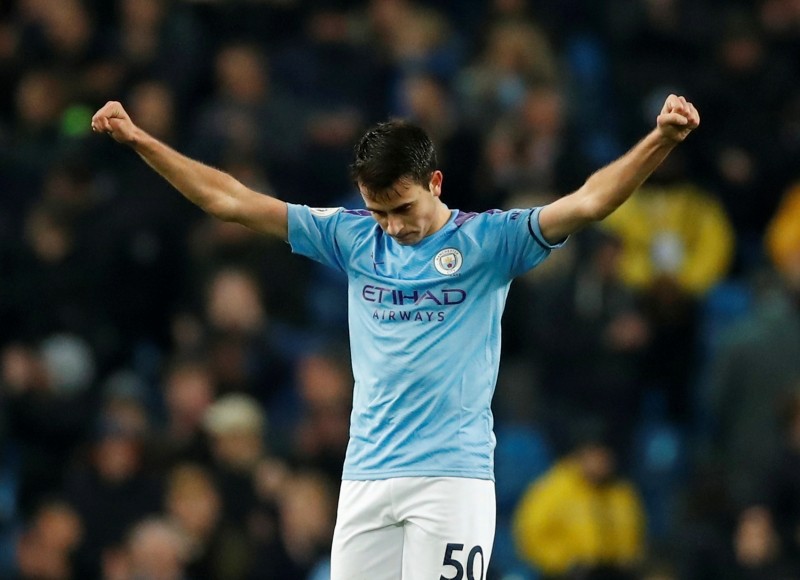 Central defender Garcia, who was born in Barcelona and came through the club's La Masia academy, joined City in 2017 and broke into the first team this season.

"We want it but he doesn’t want to extend it, so I imagine he wants to play in other places," Guardiola said in his news conference ahead of Friday's Champions League match with Real Madrid.

City are unlikely to want Garcia to run down his contract and leave on a free transfer. His time at the Etihad Stadium, therefore, may have come to a close with Spanish media reports suggesting Barcelona may make an offer for the player.

City announced on Wednesday that they have signed Dutch central defender Nathan Ake from relegated Bournemouth for a fee reported by British media to be 40 million pounds ($53 million).

The club had already lost another player from their squad with Germany winger Leroy Sane rejecting a chance to stay with City in order to join Bayern Munich.