COVID-19: ‘One of the worst crises to hit travel industry’ 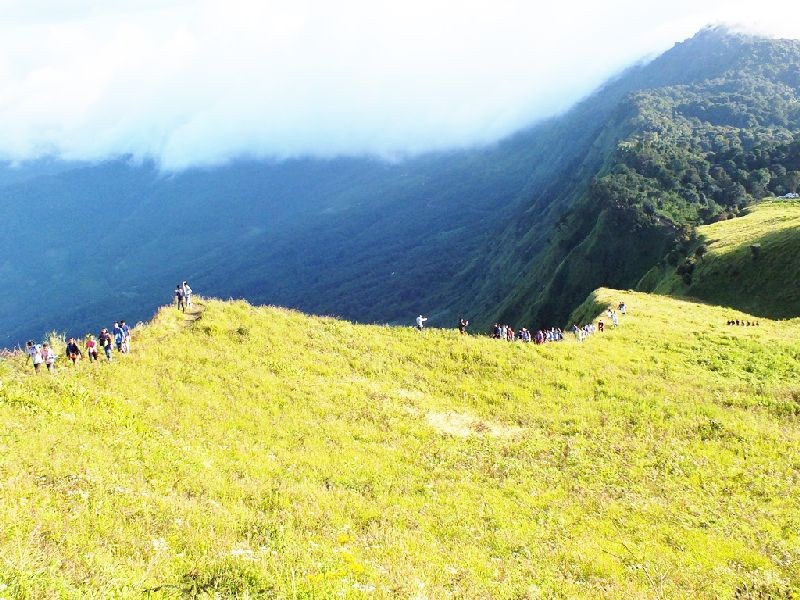 A partial view of Kapamodzu peak in Zhavame village. Delegates of Naga Students' Federation seen scaling the peak during the 1st Federal Assembly of the NSF for the tenure 2019-21 in 2019.
Morung Exclusive
12th August 2020

Impact of COVID-19 on Nagaland Tourism Sector - I

The COVID-19 pandemic is one of the worst crises to hit the tourism industry even as travellers have cancelled all their travel plans in the wake of the COVID-19 lockdown being enforced everywhere around the globe.

Khonoma village in Nagaland, which receives more than 10,000 tourists including local, domestic and foreign tourists in a year, has hardly received any visitors this year due to the pandemic.

“Ever since the lockdown was in force, the number has gone down to zero. No one is coming, and for people like us in the industry where some of us run homestays or work as tour guides, the pandemic has affected us all,” says Neikedolie Hiekha, General Manager & Co-Proprietor of Dovipie Inn in Khonoma. The village is seen as a popular destination by travellers from across the world and a sizeable number of people in the village are dependent on tourism activities for their livelihood.

At this juncture, he states that shopkeepers have a ‘better business’ than those in the tourism industry. “People like me in the village, running a small hotel with absolutely no visitors has had a dire impact,” he points out. However, despite the Inn not generating any income during the lockdown, it has paid the salaries of the 6 employees for March, April and half salary in May. Given the situation, the employees, most of who are from the village, are also happy to go without salary till some activities resume. However, a staff from Meluri, who currently serves as the caretaker of the Inn, is being paid his salary.

India Trail which hosts travellers ranging from 600 to 1000 number of people in a year, has not hosted a single client in 2020. “This year, we have had a 100% cancellation rate for all programs,” Rohan Abraham of India Trail shares. Stating that normally they get more than 30 enquiries every month, he adds, “The impact of the pandemic is such that no one is even thinking about travelling, let alone travel to the North East.”

While December is a ‘travelling month’, he highlights that since December 15 last year right after Hornbill Festival, India Trail has started witnessing cancellations in view of the Citizenship Amendment Act (CAA) protests in Assam. “So, from the middle of December 2019 till now, we have had no business—which is 8 months in total and we don’t anticipate anything for the next 6 months also,” he states.

“I don’t see much change till the beginning of next year or till a vaccine comes out,” Rohan says, however adding that “we managed to keep our staffs (numbering about 10) till July.” The pandemic, he says, “prompted us to relook at our expenditure and whatever reserves including personal resources, have all gone into paying their salaries.”

During the lockdown, India Trail had tried to do some trainings and research on the market but stating that there was very limited ability to do anything given the circumstances, he highlights that all the staffs except one have decided to move on, on their own for now. “The point is, with the threat of many possibilities of lockdowns in the future, we are temporarily shut down,” he informs.