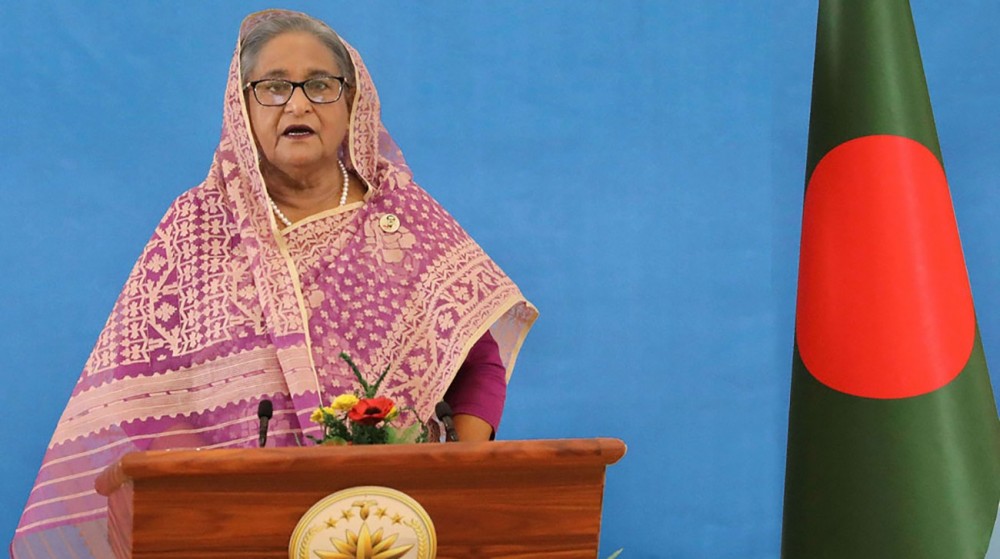 Dhaka, September 27 (IANS): Bangladesh Prime Minister Sheikh Hasina has reminded the international community that the fates of people across the globe were intertwined amid the Covid-19 pandemic, as she called on world leaders to ensure that any proven vaccine is made accessible to all at the same time.

She made the remarks during her address to the 75th UN General Assembly via video link on Saturday, reports bdnews24.

Expressing hope over the availability of a vaccine soon, Hasina said: "It is imperative to treat the vaccine as a ‘global public good'. We need to ensure the timely availability of this vaccine to all countries at the same time."

Bangladesh's pharmaceutical industry has the capacity to mass-produce a vaccine, if given the "technical know-how and patents", she said.

Describing the pandemic as an "unprecedented crisis", Hasina paid tribute to all frontline fighters, including health workers and public servants who are working tirelessly to ensure the safety of the affected countries and people.

She also reiterated Bangladesh's 'unflinching commitment' to multi-lateralism as embodied in the UN Charter.

"The pandemic has indeed aggravated existing global challenges. It has also reinforced the indispensability of multi-lateralism," bdnews24 quoted the Prime Minister as saying.

With the assembly taking place on a digital platform for the first time in the UN's history, Hasina also reflected on her personal memories of the General Assembly Hall.

"This General Assembly Hall evokes deep emotions in me. From this very hall in 1974, my father Bangabandhu Sheikh Mujibur Rahman delivered a speech for the first time in Bangla as the head of government of a newly independent country."

In her address, the premier also urged the international community to step up the efforts to resolve the Rohingya crisis.

"Regrettably, not a single Rohingya could be repatriated. The problem was created by Myanmar and its solution must be found in Myanmar. I request the international community to play a more effective role for a solution to the crisis," she added.