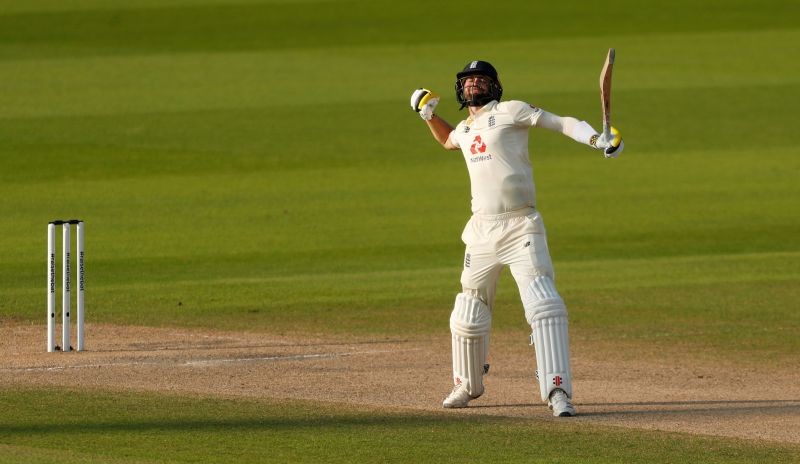 MANCHESTER, England, August 9 (Reuters): A magnificent partnership between Chris Woakes and Jos Buttler helped propel England to an unlikely three-wicket victory over Pakistan in a topsy-turvy first test at Old Trafford on Saturday.

Woakes joined Buttler at the crease with England having slumped to 117-5 in their pursuit of a daunting 277 on a bowler-friendly pitch. But they launched a superb counter-attack to turn the tide with a sixth-wicket stand worth 139 runs.

Buttler was eventually out lbw for 75 to leg spinner Yasir Shah with England requiring another 21 for victory, briefly reviving Pakistan's flagging hopes.

Stuart Broad was also dismissed lbw attempting to knock off the last four runs but fittingly Woakes edged a boundary to clinch victory, ending unbeaten on 84.

Pakistan earlier boosted their overnight 137-8 with 32 quickfire runs to be bowled out for 169 -- a frenetic flourish that looked to have put the visitors in control on a dry pitch offering bounce, pace and spin.

England had reached 86-1 in reply with skipper Joe Root looking in control, but quick wickets left them reeling in their attempt at the second-highest successful fourth-innings run chase seen at Old Trafford.

But Buttler, and more surprisingly Woakes, took the game by the scruff of the neck.

"We wanted to be positive and put pressure back on Pakistan and try to replicate a one-day chase."

The only sad thing was there were no fans at Old Trafford to witness another great advert for test cricket.

Pakistan blotted their copybook on Friday when, having earned a 107-run first innings lead, they slumped to 137-8.

They were still in the driving seat though and more so after an extraordinary start on Saturday when Yasir Shah added 21 runs to his overnight total, including one audacious six off Broad.

Broad eventually had him caught behind for 33 and Jofra Archer bowled 17-year-old Naseem Shah to restore order.

England openers Rory Burns and Dom Sibley looked relatively secure as they negotiated the opening burst from Mohammad Abbas and Shaheen Afridi before Abbas dismissed Burns lbw to leave England on 55-1 for at lunch.

Sibley dug in after the break and, with Root looking increasingly comfortable, the pendulum swung England's way.

But having made a patient 36, Sibley was tempted into a drive at Yasir Shah and edged to Asad Shafiq at slip.

Root (42) was undone by a well-directed delivery from teenage quick Shah that took the splice of the bat and flew to Babar Azam at first slip.

Pakistan were cock-a-hoop when the impressive Yasir pitched one in the rough outside off stump and the ball pitched up at England dangerman Stokes and flew to keeper Mohammad Rizwan who juggled a superb catch. Initially given not out, Stokes (9) was aghast when a review showed the ball had brushed his glove.

Pope (7) had no chance when a ferocious full-length Afridi delivery reared up and caught his glove before looping up to Shadab Khan at gully.

There seemed no way back for England but Buttler and Woakes began playing with freedom, putting on 50 in 49 balls to put some doubts into Pakistan heads.

By the time they were parted, the victory that had looked so unlikely was all but assured.