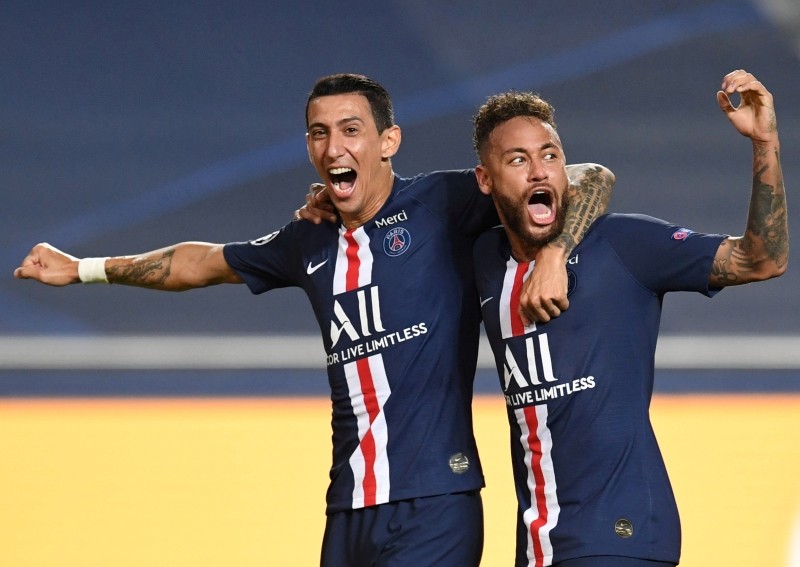 LISBON, August 19 (Reuters): Angel Di Maria's career had been in danger of fizzling out when Thomas Tuchel took over at Paris St Germain two years ago, but the German coach has found a way to get the 32-year-old to enjoy his best years last.

The winger delivered a demonstration of his class and quality on Tuesday as he guided PSG into the final of the Champions League with a 3-0 win over RB Leipzig.

The Argentine created two goals and scored one himself as PSG proved to be too strong for the Bundesliga side and he can now look forward to a final against either Bayern Munich or Olympique Lyonnais.

Perhaps it was the familiarity of the surroundings that brought the best out of Di Maria, who played at the Estadio da Luz for three years in the colours of Benfica after leaving his hometown club of Rosario Central to head to the Portuguese capital.

It was also at this ground in 2014 that Di Maria won the Champions League title with Real Madrid, earning the Man of the Match award for his performance in a 4-1 win over Atletico Madrid.

But more likely it was the role he now enjoys in Tuchel's side, given the freedom to operate on the right flank with the danger-men Kylian Mbappe and Neymar alongside him.

Di Maria has always had the ability to deliver from set-pieces and he showed that when his expertly delivered left-footed free kick found the head of Marquinhos for the opener.

The Argentine was then alert to finish himself to make it 2-0, collecting a neat flick from Neymar and then showed composure to set up Juan Bernat for the third after the break.

But he was busy throughout the game -- forcing Leipzig's attacking left-back Angelino into defensive duties on the flank but also floating inside to link-up with the midfield and his strike pairing.

Neymar's unpredictable presence clearly focuses the minds of opposition defences who at the same time know they cannot allow Mbappe the slightest space. But while Leipzig worked hard to counter those two dangers, Di Maria was a constant threatening presence.

He has never been a player who produced his best in a wide midfield role, forced to plough up and down the line, a duty he was asked to do too often during his disappointing season at Manchester United under Louis van Gaal.

"It was not the best time of my career, or rather I was not allowed to spend my best time there," Di Maria reflected last year.

"There were complications with the coach at the time. But thank God, I was able to come to PSG and demonstrate again who I was."

Van Gaal's defence was that he played Di Maria in various roles -- on both wings, in the number 10 role and in central midfield, but that he was unable to deliver in the Premier League.

At Real Madrid, who he left after that 2014 triumph, Di Maria had enjoyed playing as an attacking central midfielder under Carlo Ancelotti as well as in the wide roles.

This has been his best season since joining PSG in 2015 and he looks comfortable coming inside from the right on to his left foot, a tactical trend now increasingly popular in the game.

Di Maria was considering leaving Paris before Tuchel took over and persuaded him to stick around.

"He shows his quality and mentality every day, he is super reliable," Tuchel has said.

"He is one of the first to arrive at the training centre every day, he is a top professional with a good state of mind."

The man once nicknamed Fideo, or noodle, in his homeland due to his skinny physique, certainly showed a healthy appetite for Tuesday's contest.

"We ate them up from minute one," he said, "We worked hard all game and we showed we deserve to be here.

"We want to make history for the club. We succeeded tonight and we're in the final – that's very important. We have to continue like tonight to make our dream come true."