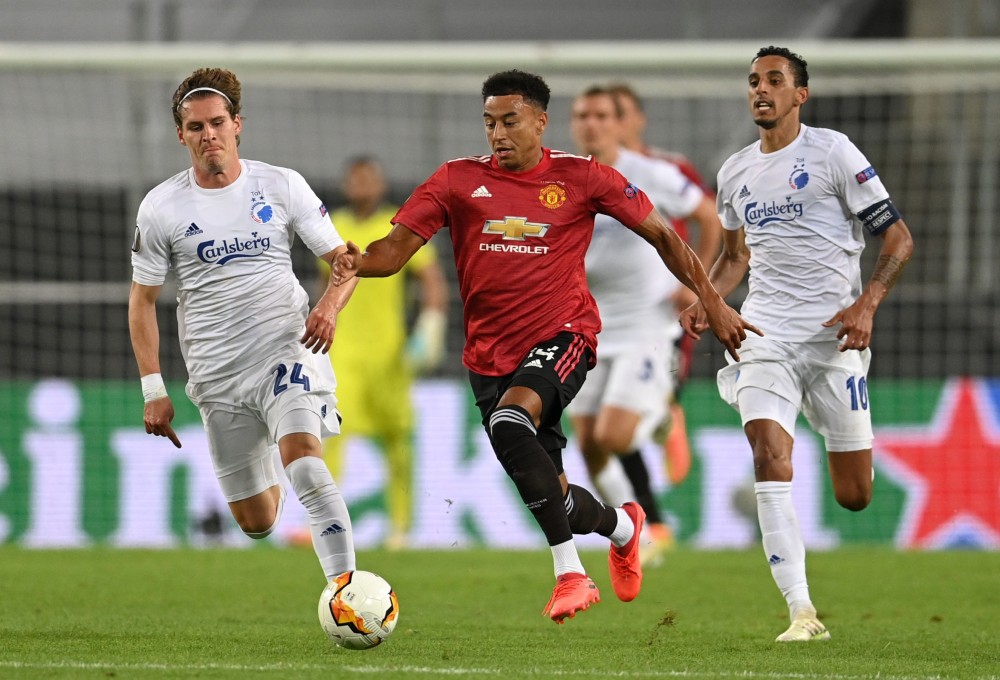 COLOGNE, Germany (Reuters): Manchester United were forced to dig deep to reach the Europa League semi-finals as Portuguese midfielder Bruno Fernandes converted a 95th-minute penalty to secure a 1-0 win over a stubborn FC Copenhagen side after extra time on Monday.

United, who won Europe's second-tier competition in 2017, will meet Sevilla or Wolverhampton Wanderers on Sunday for a berth in the final after grinding down the Danes and their inspired goalkeeper Karl-Johan Johnsson in an entertaining game.

Sevilla, who have lifted the Europa League trophy a record five times, face Wolves in Duisburg on Tuesday while 2009 winners Shakhtar Donetsk take on FC Basel in Gelsenkirchen.

Inter Milan also booked a semi-final berth by beating Bayer Leverkusen 2-1 in Monday's other tie as the mini-tournament played across Germany on a one-off knockout basis got underway.

Copenhagen dominated the opening half and missed several chances, with United's defence looking all at sea in the opening 20 minutes as they made several desperate clearances to deny Mohamed Daramy and Jonas Wind.

United thought they had taken the lead on the stroke of halftime but Mason Greenwood's precise shot into the far corner was correctly ruled out for offside after a VAR check.

Being on the back foot in the opening half spurred United into action though and they created a flurry of chances after the break, although Wind also came close at the other end.

Fernandes and Greenwood hit the woodwork and Marcus Rashford had an effort ruled out for offside while Copenhagen's Johnsson produced a string of superb saves to force extra time.

Fernandes settled the contest when he drilled his spot-kick past Johnsson after Anthony Martial, who saw several sitters thwarted by the keeper, was fouled by Andreas Bjelland.

Johnsson then pulled off several stunning stops to keep out shots by Martial and Mata, racking up a total of 13 saves, the most by a keeper in a single Europa League game since 2009.

Copenhagen pushed forward in search of an equaliser in the last 15 minutes of extra time but United's defence held out as the Old Trafford side booked their third semi-final spot this season after losing out in the League Cup and FA Cup.

Spanish playmaker Mata acknowledged that United were exhausted by a demanding season prolonged by the COVID-19 pandemic but was confident they would finish on a high note.

"The team is quite tired physically," he told BT Sport.

"At this stage of this season it is important to win games like today and we go through. We stay in Germany for quite some time and hopefully we can win (the trophy).

"We scored one goal, of course we are happier when we score more but now it is time to recover and wait and find out who we get in the next round."