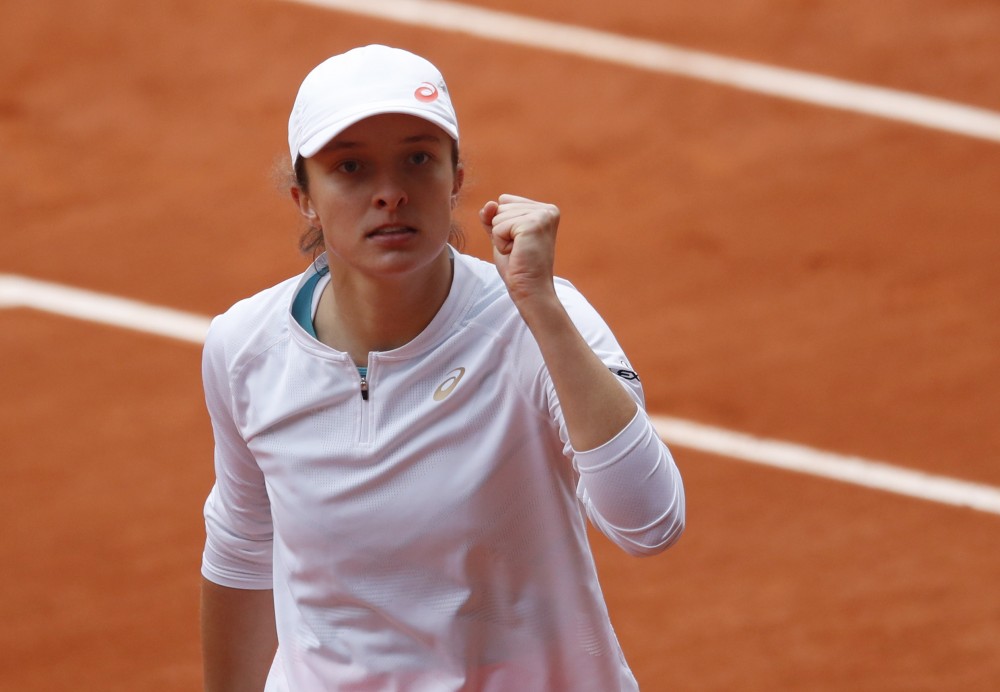 Factbox on Iga Swiatek, who defeated Sofia Kenin 6-4 6-1 to win her maiden Grand Slam title at the French Open on Saturday.

*Born in Warsaw. Her father Tomasz is a former Olympic rower, who competed in the men's quadruple sculls event at the 1988 Summer Olympics in Seoul.

*Started playing tennis in an attempt to emulate her older sister Agata, who competed briefly on the junior circuit.

*Swiatek helped Poland lift the Junior Fed Cup title in 2016 before winning Junior Wimbledon in 2018, the same year she secured the gold medal with Kaja Juvan in doubles at the Youth Olympics.

*She began her professional career on the ITF Circuit in 2016 and won all seven singles finals she contested over the next two years.

*Made her first Grand Slam main draw appearance at the 2019 Australian Open and defeated Ana Bogdan in the opening round before losing to Camila Giorgi.

*Had her breakthrough later that year, reaching her first WTA final at the Ladies Open in Lugano. Despite losing to Polona Hercog, she entered the top 100 for the first time.

*Advanced to the fourth round of the 2019 French Open in just her second major tournament, losing to defending champion Simona Halep.