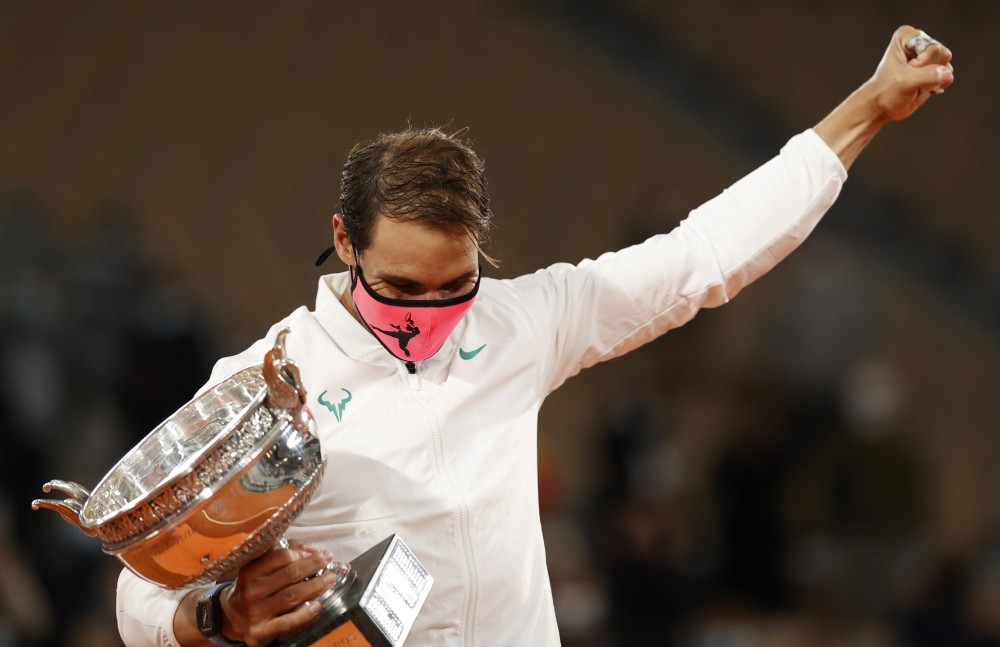 - His uncle Miguel Angel Nadal was a former soccer player who represented Barcelona, RCD Mallorca and the Spain national team.

- Introduced to tennis by another uncle, Toni, who encouraged his naturally right-handed nephew to play left-handed as it would give him an advantage.

- Won the French Open on debut in 2005 and a year later beat Roger Federer in the final.

- Won his first Wimbledon title in 2008 with a five-set victory over Federer, a match dubbed the 'the greatest tennis match in history'.

- Won a gold medal at the 2008 Beijing Olympics for Spain in singles. Clinched the doubles gold with Marc Lopez at the 2016 Rio Games.

- Suffered his first French Open loss in 2009 to Sweden's Robin Soderling in the fourth round.

- Regained the title the following year, beating Soderling in the final. He also won Wimbledon for a second time in 2010 before claiming his first U.S. Open title, becoming the seventh man to win all four Grand Slams.

- Matched Borg's record of six French Open titles with his 2011 victory and overtook the Swede in 2012.

- Became the first man with eight titles at the same Grand Slam when he beat fellow Spaniard David Ferrer in the 2013 final at Roland Garros. He also won the U.S. Open that year.

- Won his second Grand Slam of 2017 at Flushing Meadows after a 10th French Open title in June.

- Claimed a 11th French Open title and his 17th major with victory over Dominic Thiem in 2018.