Feeling the heat, Vijayan may take legal action against media 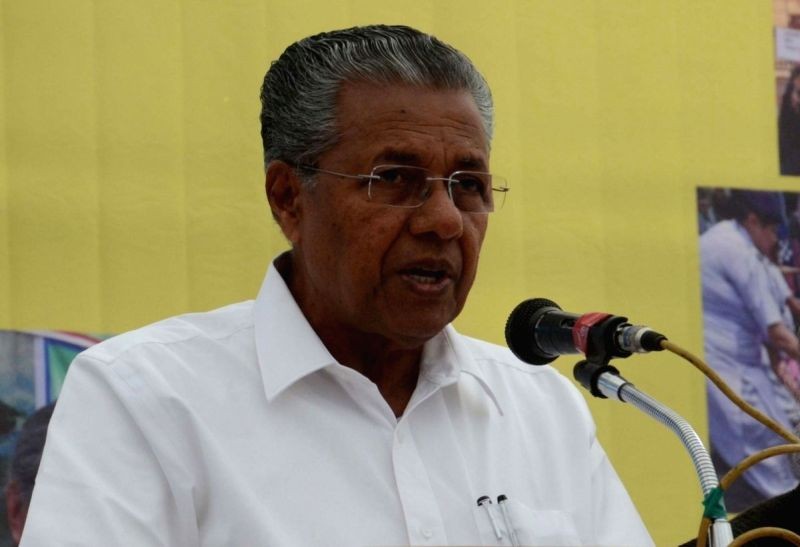 THIRUVANANTHAPURAM, September 23 (IANS): After facing the heat from the media in various high profile cases, the ruling Pinarayi Vijayan government decided at a state cabinet meeting on Wednesday to take action against the mediapersons.

Advice was sought from the legal authorities on the way forward and it has been decided to take legal action under the CrPC, said sources.

The Vijayan government faced flak after a fire broke out in the General Administration Department (GAD) in the state Secretariat last month. As the news of the fire spread, top leaders of the Congress and the BJP arrived outside the Secretariat and a tiff broke out between the security personnel and the leaders as no one was allowed inside the Secretariat.

The entire opposition alleged that crucial files pertaining to the now infamous gold smuggling case were destroyed and the fire was set deliberately to destroy evidence.

The media also had a field day latching on to the opposition allegations.

On Tuesday, Vijayan said there were two separate teams probing the incident and one of them had submitted its report while the report of the other team was awaited.

According to the legal advice that the Vijayan government has reportedly received, the government can proceed with criminal defamation suits and can also approach the Press Council of India.

Reacting to the news, Leader of Opposition Ramesh Chennithala said if this happens it would not be acceptable in a country where freedom of press prevails.

"This is sheer intolerance and nothing else. Will anyone forget the travails that the previous Oommen Chandy government faced. If this government goes ahead with it, it would be the first time that a government here will be doing this," said Chennithala.

Vijayan became the first Chief Minister of Kerala to have cancelled the weekly cabinet media briefing after he assumed office in May 2016. He has also asked the media not to come looking for television bytes while he was on the move. He has made it very clear that the Chief Minister would speak only when he wants to and not when the media wants it.

Vijayan had lost his temper at the media earlier also. He had said, "Kadeku Purethu" (get out) when television cameramen were taking shots of a meeting which was about to begin between him and the leaders of the BJP/RSS that was held in the state capital at a hotel in August 2017.