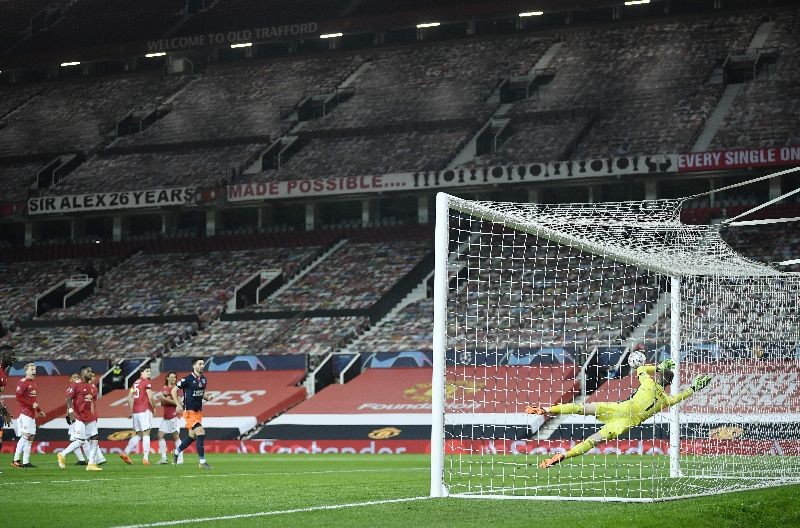 After losing away to the Turkish side in the previous round of fixtures, the victory keeps United, with nine points from four games, on track to progress to the knockout stage, which they can reach with a win at home to Paris St Germain next week.

PSG, who beat RB Leipzig 1-0 on Tuesday, are second, level on six points with German side, while Basaksehir have three.

"I felt first half we saw the intent straight away, they wanted to play and they enjoyed it," said United manager Ole Gunnar Solskjaer.

"It's a Champions League night at Old Trafford, you'd expect them to enjoy themselves. We scored some very nice goals, I'm pleased."

United started with an attacking lineup with Edinson Cavani as the central striker and Anthony Martial, Fernandes and Marcus Rashford in a trident behind him while Dutch midfielder Donny van de Beek was also handed a rare start.

Fernandes blasted United into a seventh-minute lead in spectacular fashion when a corner from Alex Telles was half-cleared to him on the edge of the area and his first-time drive whistled past Mert Gunok in the Basaksehir goal.

If the Turkish keeper was helpless to stop that effort he was clearly at fault for the second United goal, in the 19th minute, when he fumbled a cross from Telles, gifting Fernandes a simple tap-in.

Rashford then raced clear on to a long ball forward from Victor Lindelof, but Boli Bolingoli needlessly barged him over as he burst into the box and the United striker converted the penalty to make it 3-0.

Some eyebrows may have been raised that Fernandes, United's regular penalty taker who was on a hat-trick, did not take the kick.

The Portuguese, however, said after the game that he had promised Rashford the next penalty following his own twice-taken effort in the Premier League win over West Bromwich Albion on Saturday.

Former Chelsea striker Demba Ba then had two great chances to get Basaksehir back in the game but he failed to find the target with a free header and then scuffed a shot from close-range.

Solskjaer opted to rest some of his key starters early in the second half with Mason Greenwood returning to the team as a substitute.

The Turkish side pulled a goal back in the 75th minute with a well-struck, left-footed free kick from Deniz Turuc which David De Gea did well to reach - but from behind the goal-line.

Basaksehir suddenly had some belief and United had a scare when Edin Visca struck the bar from distance, prompting Solskjaer to bring on Nemanja Matic to shore things up.

The game was put beyond doubt in stoppage time from a counter-attack, when Greenwood slipped the ball across to Dan James to slot home.