Fluminense come from behind to draw with Palmeiras 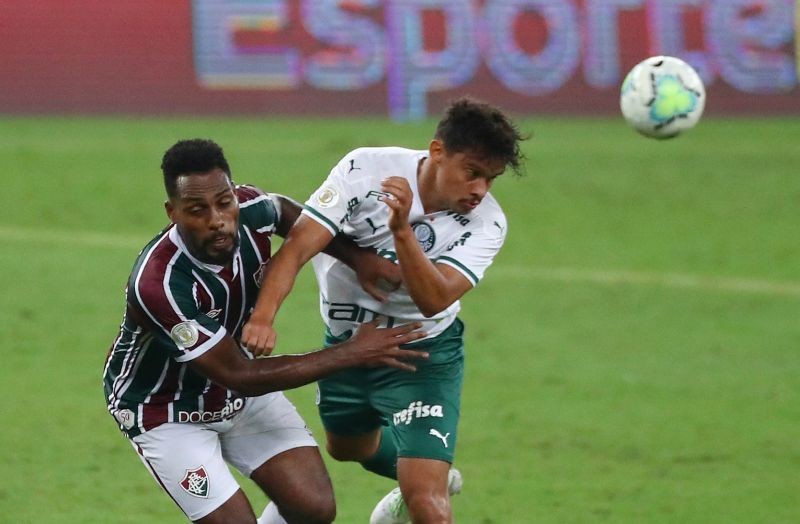 Palmeiras' Gustavo Scarpa in action with Fluminense's Luccas Claro, following the resumption of play behind closed doors after the outbreak of the coronavirus disease (COVID-19) REUTERS/Pilar Olivares
Sports
13th August 2020

RIO DE JANEIRO, August 13 (Reuters): Palmeiras scored first but had to settle for a 1-1 draw with Fluminense in their Brazilian Serie A opener on Wednesday.

Luiz Adriano put Palmeiras ahead after 15 minutes only for Evanilson to equalise six minutes before half time with a deflected shot at a closed Maracana stadium.

Fluminense lost their opening fixture 1-0 at Gremio on Sunday while Palmeiras’ opening game against Vasco da Gama was postponed due to their appearance in the final of the Sao Paulo state championship, which they won on penalties over Corinthians.

Palmeiras, Brazilian champions in 2018, next face Goias at home on Saturday, while Fluminense’s next match is at home to Internacional the following day.