Ganguly discharged from hospital, says 'I am absolutely fine' 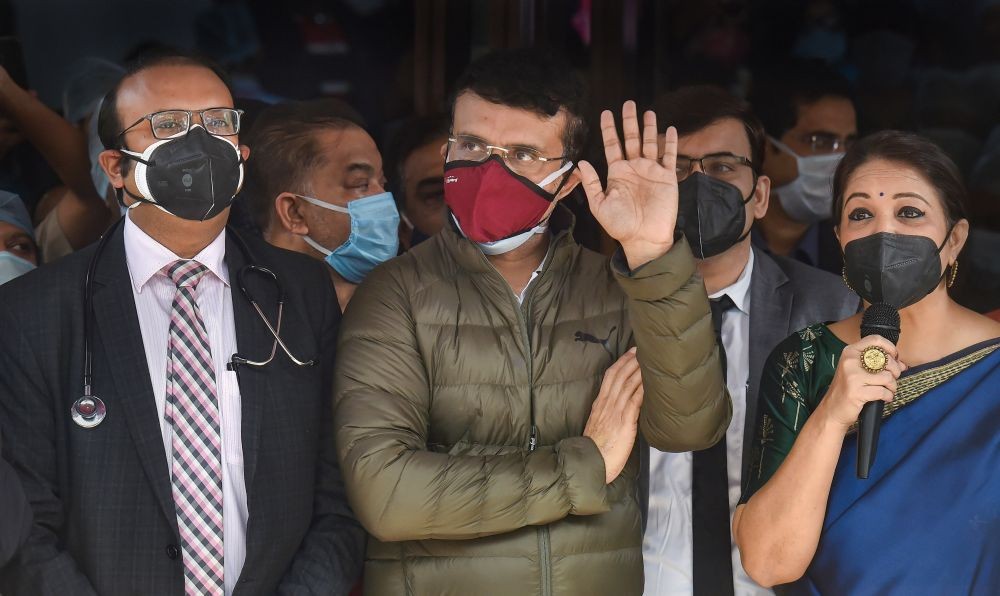 Kolkata, January 7 (IANS) Former Indian skipper and the Board of Control for Cricket in India (BCCI) president Sourav Ganguly was discharged from Kolkata's Woodlands Hospital on Thursday morning, following six days of hospitalisation.

"I am absolutely fine now. I thank all the doctors and nurses at the hospital for the treatment and care," Ganguly said after getting discharged from the hospital. He, however, refused to answer any question from the media.

The 48-year-old had suffered a sudden blackout following mild chest pain during a workout session at his Behala residence on January 2. He was moved to the Woodlands Hospital that day itself where he underwent angioplasty.

Meanwhile, Ganguly's fans gathered in front of the hospital as well as in front of his Biren Roy Road residence at Behala this morning to catch a glimpse of their favourite cricketer.

"I'm keeping fine. I have come back to life," said Ganguly towards his followers after reaching his residence.

Earlier, noted cardiac surgeon Devi Shetty, who came to the West Bengal capital on Tuesday morning, had examined the BCCI chief and said the former batting great was stable and could be discharged.

Ganguly had three blocked coronary arteries and a stent was inserted in one to remove the blockage. A nine-member medical team had been formed to look after him, as suffered a mild cardiac attack.

According to hospital sources, Ganguly will have to follow a strict guideline for the next two weeks. Some medical tests will also be conducted upon him during that time.