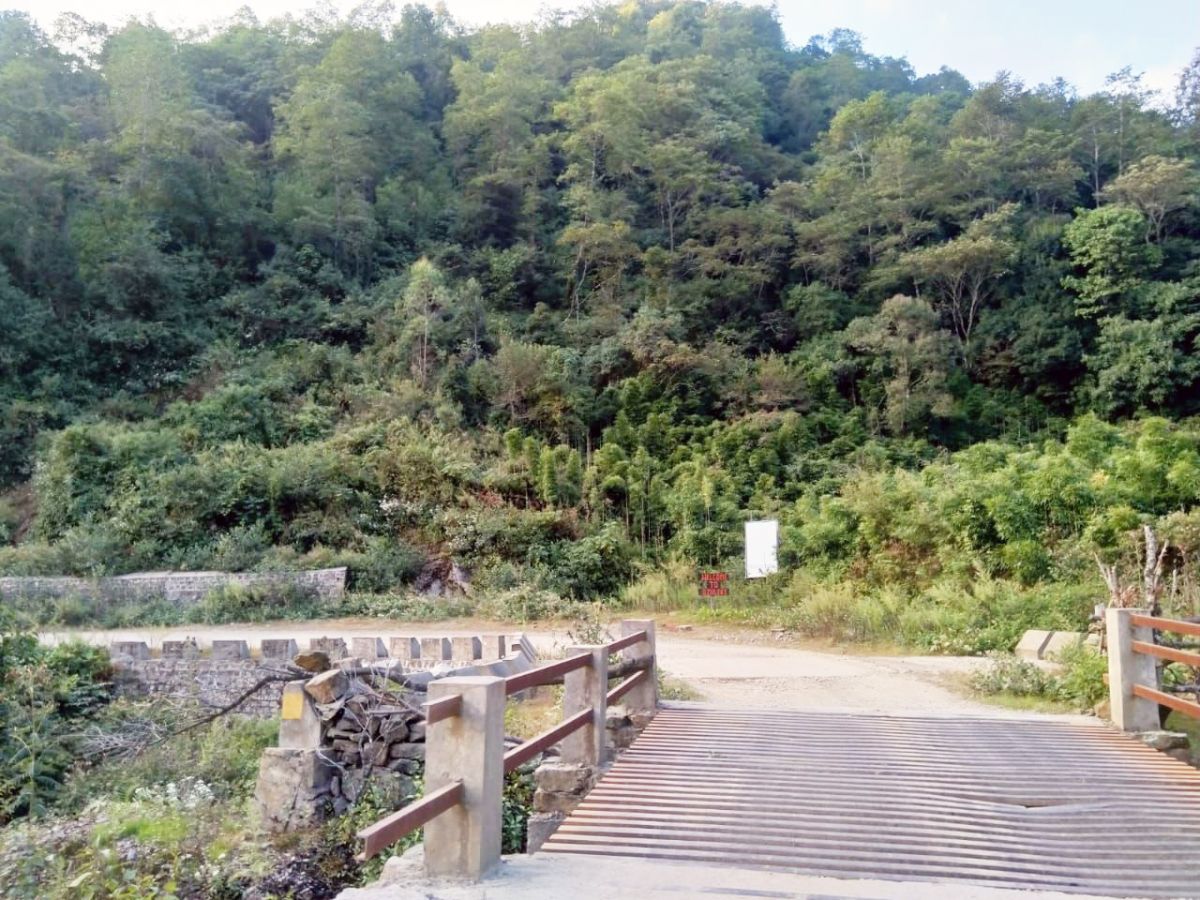 A forested area at Dzüleke in Kohima district of Nagaland. With the centre proposing amendment to the Indian Forest Act, several organisations today cautioned that these amendments would sacrifice indigenous rights for state control and corporate benefit. (Morung File Photo: For Representational only)

DIMAPUR, SEPTEMBER 4 (MExN): Several human rights and indigenous rights organizations today termed the Indian government’s proposed amendments to the Indian Forest Act 1927 as an attempt to “undo and take away the existing rights of indigenous people on lands, territories and resources in the North East states.”

The statement informed that if the amendment passes, approximately 8 million hectares of forest land traditionally controlled by the community will be taken over by the state’s forest bureaucracy.

It further said that the amendment attempts to reverse forest rights vested on forest dwellers under the Forest Rights Act 2006 which was intended to finally undo gross historical injustice and discrimination meted out to the tribal peoples.

The statement added that this amendment is a “conspiracy to deny the powers of the state over ownership and transfer of lands and its resources specifically protected under Article 371 A for Nagaland and Article 371 G for Mizoram, and the power and control over forests other than reserved forests in VI Schedule areas of Assam, Meghalaya, Tripura and Mizoram, and of the autonomous councils constituted by state laws in Assam and Manipur.”

Stake holders not consulted
The amendment was forwarded by the Ministry of Environment, Forests and Climate Change to the States and Union Territories for comments in March 2019 claiming that the it envisages to overcome contemporary challenges of India’s forest.

“The amendment was drafted by a core committee consisting of mainly forest bureaucrats without taking the right-holders and stakeholders, particularly the indigenous peoples and Ministry of Tribal Affairs (MoTA), into confidence.  So far, no state governments in NE India has organized right-holders and stakeholders’ consultation on the draft as directed by the Ministry,” it added.

The statement further accused the central government of false claims that this British colonial law is intended to bring the law to be in sync with India’s current international commitments on conservation. “The International commitments affirms recognizing community rights on forest and other resources as fundamental to conservation whereas the proposed amendments undermine all the forest rights of tribal peoples who number 104 million (2011 census) in Northeast India,” it said.

The NE region has 55% of forest under ‘unclassed’ or ‘unclassified’ category, which is traditionally and customarily under the control of indigenous peoples. The proposed amendment intends to bring these forests under the purview of IFA, and therefore under the authoritarian control and management of the Forest Department, the joint statement informed.

To benefit corporate sector
It cautioned that this would have adverse implication on the social practices, ownership and transfer of land.

It pointed out that the amendment would give excessive powers to forest bureaucracy and turn the country’s forested areas into “militarized zones” while serving the commercial interests of the corporate sector.

The statement further informed that the draft amendment empowers forest-officers to use firearms for securing forest-produce; entering a forest without permission would constitute a ‘forest offence’; and people can be picked up and detained on mere suspicion of a possibility of an offence being committed, their houses searched, all without any warrant.

“These provisions violate Articles 21 and 22 of the Indian Constitution. Insertion of these draconian provisions, akin to ASFPA, is detrimental to democratic norms,” it added.

The statement meanwhile informed that the draft empowers the Centre to restrict and prohibit shifting cultivation in all forest land. This, it stated, would have an adverse bearing on indigenous communities who practice shifting cultivation and are not linked to the centrally regulated agricultural sector.

The draft also empowers the forest bureaucracy to take away rights of forest dwellers if the government feels that it is not in line with “conservation of the proposed reserved forest.” It also states that in cases of possible conflicts emerging between the state and people or villages over the ownership and control of forests, such forests can be taken over by the state.

The organizations further expressed concern that introducing forest categories for production of forest products opens up room for large-scale privatization while denying rights of communities.

Terming the amendment as flawed with legal contradictions, the organizations demanded that the current draft be completely withdrawn and adequate discussions and consultations, particularly with the rights-holders, including the Ministry of Tribal Affairs (MoTA) be held.