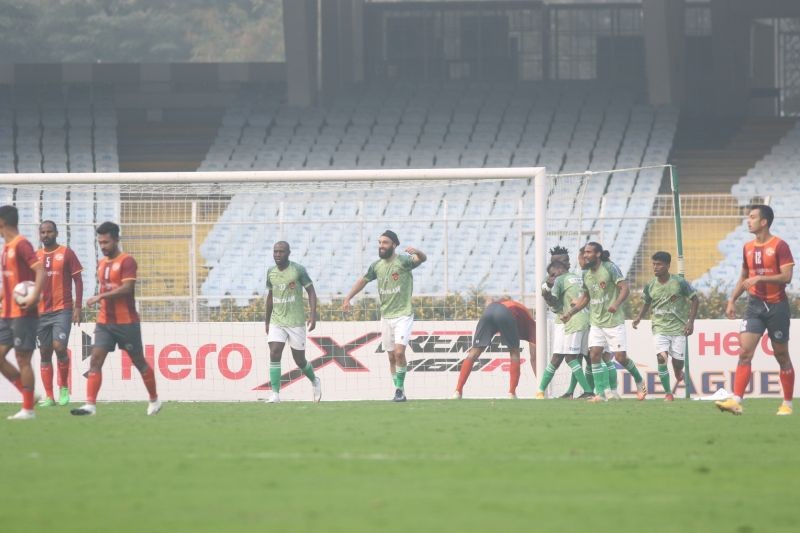 Kolkata, January 14 (IANS): A second half brace from Dennis Antwi helped Gokulam Kerala come from 3-1 down against RoundGlass Punjab and secure a 4-3 win in the I-League at the Salt Lake Stadium on Thursday.

Gokulam dominated possession for much of the match but Punjab were clinical in the first half which allowed them to storm ahead. Chencho Gyeltshen scored twice in the 17th and 25th minute to give Punjab a 2-0 lead in the first half. Philip Adjah pulled one back for Gokulam in the 26th minute but Rupert Nongrum's goal in the 44th minute meant that Punjab held a 3-1 lead at the end of the first half.

Antwi then turned the game around within two minutes for Gokulam, scoring in the 70th and 72nd minutes to level the scores before an own goal from Anwar Ali in the 75th minute gave them the lead for the first time in the match.

Antwi had the chance to complete a hat-trick in the 86th minute when he got a free run at the goal with only the goalkeeper to beat. However, his shot went straight into the hands of the goalkeeper after which Gokulam successfully saw off the match.