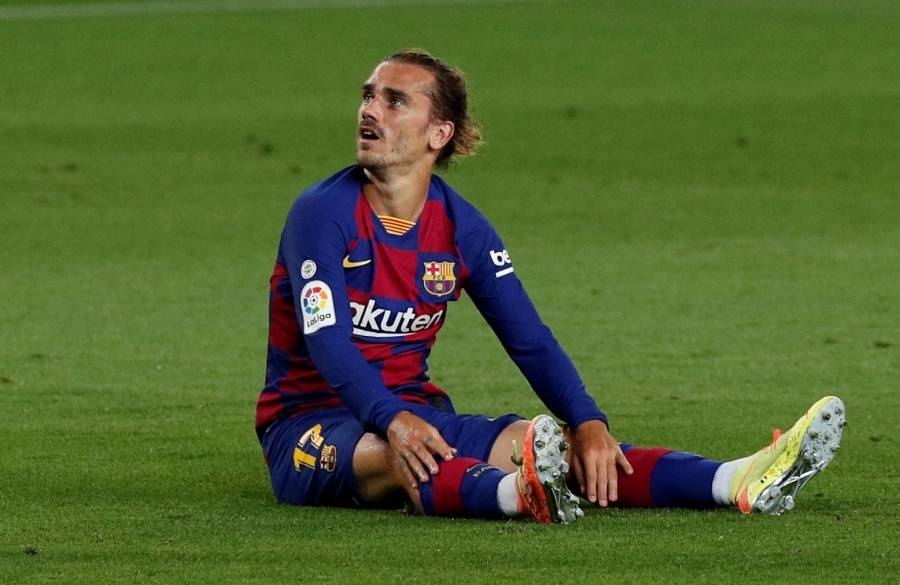 BARCELONA, October 17 (Reuters): Barcelona coach Ronald Koeman has said that he will continue to play Antoine Griezmann in the best possible role for the team rather than the one the forward prefers.

Griezmann, who has failed to score for Barca this term, appeared to send a message to Koeman after scoring in France's 2-1 win over Croatia on Wednesday, remarking that national side manager Didier Deschamps knew how to get the best out of him.

The Frenchman was playing as a deep-lying forward behind Kylian Mbappe and Anthony Martial but has been operating down the right wing for Barca this season, with Lionel Messi playing centrally and Philippe Coutinho as the deep-lying playmaker.

"Everyone has the right to say things but the coach is in charge and the player has to perform his best," Koeman told a news conference ahead of Barca's visit to Getafe in La Liga on Saturday.

"I spoke to him yesterday, we talked about his position and his performances, and I told him that I look for the best solution for the team, and if I think he is better off moving down the right wing, then I'll play him there."

Griezmann was Atletico Madrid's talisman for five years before joining Barca for 120 million euros in 2019 but has largely struggled to shine in the same team as Messi, scoring only nine league goals last season.

Former boss Ernesto Valverde could not get the best out of him, while successor Quique Setien also struggled to find the forward's best role, and left him on the bench for a crucial game against Atletico last season, bringing him on in added time.

Koeman also said he was willing to start Messi against Getafe despite his captain recently returning from the other side of the world after helping Argentina to a 2-1 win away to Bolivia in a World Cup qualifier on Tuesday.

"Leo has spent many years playing in a tight schedule, and if he doesn't play then he feels even more tired," Koeman added.

"We want to pick our best team in every game so we can win and although people are tired after their international games, everyone has returned feeling happy and motivated."