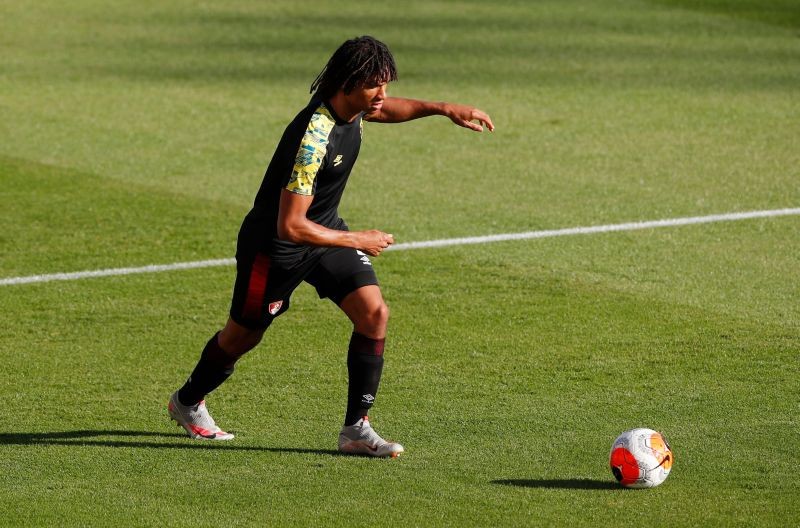 Bournemouth's Nathan Ake during the warm up before the match, as play resumes behind closed doors following the outbreak of the coronavirus disease (COVID-19) REUTERS/Andrew Couldridge/Pool
Sports
13th July 2020

(Reuters): Bournemouth defender Nathan Ake is unlikely to feature in their three remaining Premier League games this season after picking up a knock in Sunday's 4-1 win over Leicester City, manager Eddie Howe said.

The centre back, who started 29 league matches this season, was taken off after 40 minutes after sustaining an injury while tackling Jamie Vardy.

"It doesn't look too good. With such a short time left of the season, it looks like it's going to be difficult for him to play," Howe told Sky Sports.

Bournemouth's win was their first in 10 games and boosted their survival hopes. Howe's side are 18th with 31 points, three adrift of Watford who sit just above the drop zone.

They travel to second-placed Manchester City on Wednesday and finish the campaign against Southampton and Everton.